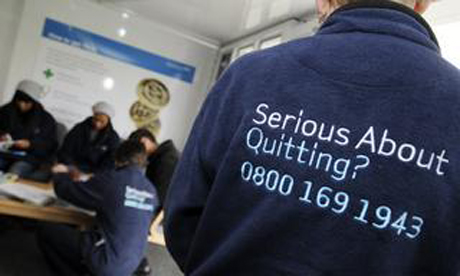 Stoptober will see Hackney’s 43,000 smokers try to give up

Hackney Council owns £26.6 million of shares in major tobacco firms, the Citizen can reveal – twice what they were six years ago.

It comes as the council is encouraging people to give up smoking with events around Stoptober.

Hackney Council’s pension fund has millions of pounds’ worth of holdings in five tobacco companies, which means the fund benefits if the firms make more money from selling cigarettes.

Public health charity Action on Smoking and Health said it was “a strange time” for Hackney Council to be expanding its tobacco investments when other local authorities are divesting.

The percentage amount of the fund has increased by two thirds, from 1.3 per cent in 2011 to 1.9 per cent this year.

A recent Hackney Council press release for Stoptober urged residents to “ditch cigarettes for good this October”, noting: “Smoking is still the single biggest leading cause of preventable disease and death in Hackney, killing more than 200 people a year.”

Hackney Council has defended its tobacco assets, saying it has a legal duty to maximise its pension fund’s investments.

However, public health campaigners questioned the need for a council pension fund to make money from the sale of cigarettes.

Deborah Arnott, chief executive of Action on Smoking and Health, said: “A growing number of big investment funds like AXA are disinvesting from tobacco stocks as they no longer think they are an appropriate investment, nor that they are needed in a balanced portfolio to protect the interests of beneficiaries.

“And some local authority pension funds like Greater Manchester have also disinvested.

“So it’s a strange time for Hackney Council’s pension fund to expand its investments in tobacco, particularly given the council’s legal duty to promote the health of local people.”

A Hackney Council spokesperson said: “Last year we helped over 1,500 people in Hackney successfully quit smoking and we are steadfast in our commitment to reducing smoking in Hackney, which Stoptober forms part of.

“However, we also have a legal duty to maximise our pension fund investments for taxpayers and our staff.”

They said most of the fund’s tobacco holdings are “through an index tracker”: “This tracks the performance of the FTSE All-Share Index, with the increase in the proportion of tobacco stocks in our pension fund reflecting the strong performance of tobacco as a sector.”

They added that the council Pensions Committee follows Law Commission guidance: “This states that while funds may take non-financial factors into account, the decision must not involve a risk of financial detriment to the fund.

“The fund has previously taken legal advice on this issue and, in line with many other pension funds, is not currently satisfied that a commitment to exclude tobacco from its investment strategy would be in line with its responsibility to the taxpayer and the fund’s members, given the risk of financial detriment.”