Jonny Woo has been delivering comedy, drag and parties to the people since the turn of the millennium, be it at his own pub, The Glory in Haggerston, or at festivals and residencies around the UK.

Ahead of his second annual Unroyal Variety performance – an ensemble spectacular hitting the Hackney Empire at the start of November – we talked to him about the nature of variety, and the many thrills he plans on bringing to the Mare Street stage this time around… 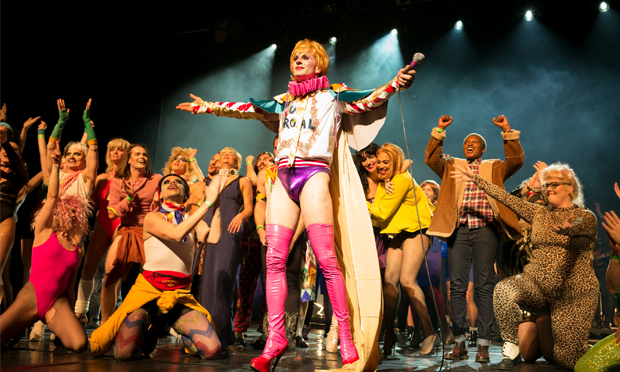 Hi Jonny, how are you?

I saw on Twitter you were in the brainstorming phase for Unroyal Variety. How’s that going?

I’ve got a pretty good idea what the show is. There’s about four brand new songs in it. I was specifically brainstorming the opening number with Richard Thomas [British composer known for his work with Stewart Lee on Jerry Springer: The Opera – Ed.]. Bits are in place, bits are in the process of being put in place, and bits are being imagined.

It’s a variety show, so I’ll be presenting about half-an-hour’s worth of new material, the other hour-and-a-half is variety, the guest acts. It’s got more of an ensemble cast feel this year.

Last year you had satirical elements, things taking on the royal family and such. Are you planning to take on anything that’s happened this year?

Oh yeah, we have to! Last year, it was just going to be a variety show, and then the referendum came around, and everything started getting very uncomfortable. It became apparent that the show needed to be satirical and political – especially after the result. 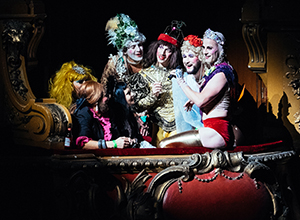 I’m not going to be dwelling as much on the royal family this year. We’ve still got the Kate Middleton Choir, with a song commenting on the pregnancy. We’ll also be singing and dancing and talking about the state of how we see the world today, and what, as queer performers, we can all do about it.

The Unroyal element is just basically that it’s full of stuff you wouldn’t show The Queen. Even though I’m sure The Queen would love to see a bit of it.

Would you describe Unroyal Variety as an “alt-cabaret”?

Alt-cabaret – of course! Content-wise, yes it’s alternative. But what’s alternative to the mainstream now? It’s the queer underground. And when I say queer, not just gay or drag, just people who exist outside those boundaries. Even comedians in jeans and t-shirts, people doing burlesque with tit tassels – it’s people still creating work that’s subversive, anarchic, naked, and ‘fuck you’. So yeah, “alt” is a word I embrace wholeheartedly. As long as it’s not alongside the word “right”.

It does kind of ruin it doesn’t it. People are trying to make “alt-left” happen.

Oh, alt-left’s been happening for years!

On that “old school” nature of variety – obviously at the turn of the 20th century you had vaudeville, and in the 80s there were shows like Saturday Live. Do you think that art-form is due a resurgence generally?

Variety TV has been snuffed out by Britain’s Got Talent, hasn’t it? They’ve sucked it up, repackaged it, and pumped it out in a competition format. It’s not really my cup of tea. I don’t particularly like the “Here’s a bit of variety! You’re great! Ooh you’re shit. Let’s get someone in from overseas to talk about why you think British talent’s so brilliant”.

The older way of presenting variety is a very loving way, a very exciting way – that’s the way we present it. Even shows like The Generation Game had a bit of variety. I’d really like to see our show on TV! I think it would be a great alternative, and a nice commentary on it. 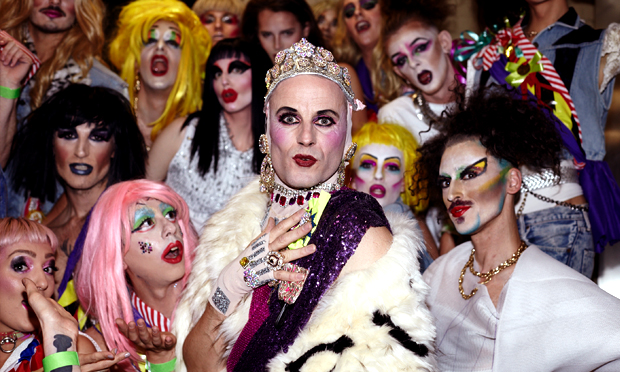 As for a resurgence – well, cabaret had a bit of a moment, didn’t it? Then it sort of waned. I think there’s space for variety, but again it needs to be mixed up a little bit. I’m not saying there’s gonna be a big movement or anything – but I’ll do my best!

You’re putting your show on at the Empire – how do you adapt your sorts of performances to a bigger stage? Some say drag is more at home on a small stage in the back of a pub – what different elements does it take to translate over?

It’s called making sure you sell out so you can cover your costs, that’s what it’s called. It’s a really expensive show, and we want to put on a big show on a big stage. The tickets aren’t cheap, because we want to wow.

So for example, CHRISTEENE who’s coming over from Texas, I’m like “what kind of set can we build for you? What can we fly in? What kind of world can we create?” Then I’ll have Frieda Slaves, who is a brand new queen, who’s going to do a lip-sync for me. She’ll carry the performance on her own in that space.

Then you’ve got Diane Chorley –  we’re gonna do this 1980s Top of the Pops recreation. So with all the acts it’s about creating a scene, a real spectacle. 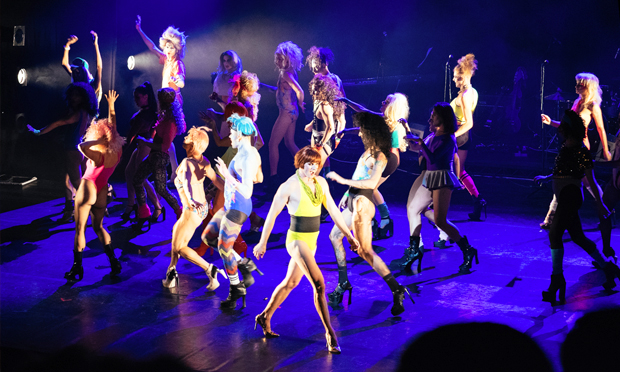 You’ve walked me through a bit of the line-up there, anyone else you can mention now?

Let’s see, who have we got? We’ve got myself, Rich Thomas is writing the music with me, there’s Jayde Adams who’ll be doing a lot this year, Myra Dubois is back with a new character, Frank Lavender.

Leah Shelton from Australia is coming over to do a couple of skits. Lucy McCormick is this amazing punky feminist performer – we’ve commissioned her to create a new piece for us, that’s gonna be a world premiere as part of the show.

Kate Middleton Choir as I said; we’re gonna have a big live band with a brass section that’s gonna be amazing, I’ve got tumblers, acrobats, dancers, stuff, people, drag – you want it, we’ve got it.

Oh Lavinia Co-Op I should mention – a friend of mine who performed on that stage many years ago.

Ah, she performed at the Empire pre-closure?

She did! She was part of a drag troupe called the Bloo Lips, which was an alt-drag troupe in the 70s and 80s.

You won’t have seen anything like this before! It’s really fun, it’s full of love, full of provocation. It’s moment, a live experience – the real deal.

Is there a little tease, of some kind of showstopping element you can tell us?

I think I’ve given you enough! Erm, me and [Nigerian drag performer] Le Gateau Chocolat, we’ve done a song for us…watch this space!

For the full line-up and to book tickets, visit the Empire website