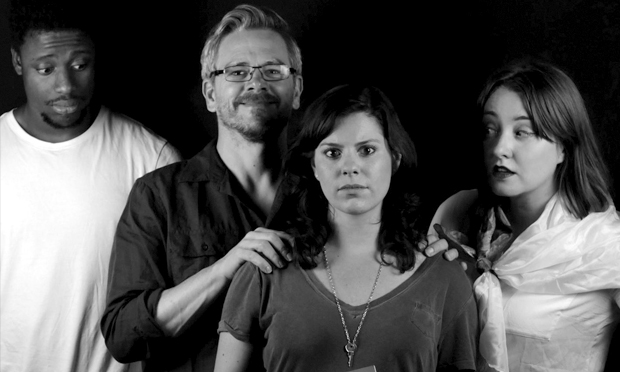 ‘Their naturalism becomes effortless’: the cast of Proof

Proof, staged at the Courtyard Theatre by Sublime Universal, is an excellent production, moving and well-acted and fun too.

It was written by David Auburn and first performed in 2000, when there was a penchant for films about mathematicians, like A Beautiful Mind. There is indeed a film of Proof, which came out in 2005, with Gwyneth Paltrow in the leading role.

There is definitely a nineties feel to the play: one character says she had to live in Brooklyn to save money! Not now: she could not afford the brownstones, not by a long chalk!

The play is about a famous mathematician, Robert (Rus Kallan), who was brilliant in his youth; but whose madness and suffering cause him to lose his gifts.

For many years he remained in his house, cared for by his daughter, Catherine (Michelle Alexandra). The action of the play is set just after his death, though Robert still appears as an imaginary friend of Catherine.

Her sister, Claire (Melissa Jean Woodside), arrives later on to attend the funeral and help sort their affairs out. A young mathematician and former colleague of Robert’s, Hal (David Ogechukwu), is in the house too, seeking to find out whether the endless notebooks Robert wrote so compulsively in his declining years have any signs of his former brilliance.

With these four characters, the action cuts back and forth between the present and when Robert was alive. As to be expected, emotions come to the surface as the characters seek meaning and purpose in response to the tragedy of Robert’s decline and death. 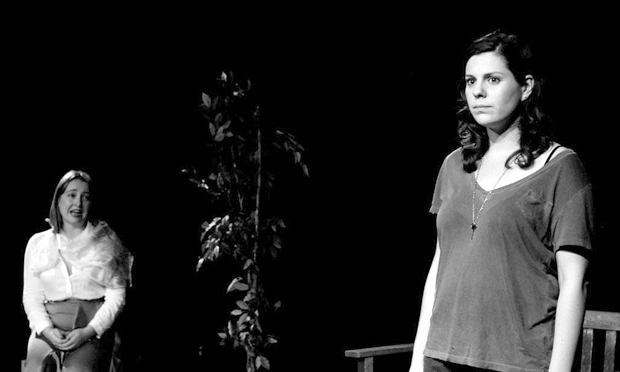 The production starts slowly. The set is bare bones; the lighting static; and the introductory music is low-key, which is deceptive. The actors pause quite a lot. The mood is reflective, even stilted at times.

But it does not take long for tensions to arise, which is when the actors shine. The presence of Hal is just such a tension, partly because he has a connection to Robert as one of his former PhD students in his year of remission.

David Ogechukwu plays the role really well, especially as a lot of the play is about the stereotype of mathematicians as the source of jokes about geeks and obsessional behaviours. Hal is so much not this type of person, and he brings Catherine down to earth as a result. He is both humorous and sensitive. The physical attraction between him and Catherine is noticeable right from the start.

The plot allows the actors to go for the emotional jugular as they fight. The best bits of the evening are the hysterics: open-throated, no holds barred performances that pin you in your seat and remind what live theatre is all about – no mics or complicated video links needed here, just voices at full throttle. 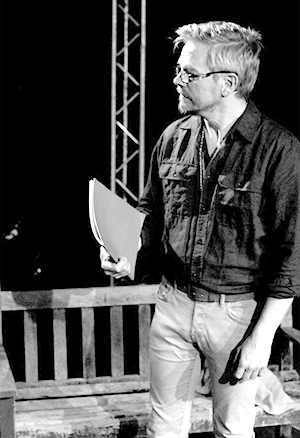 The static quality to the set and quiet, uncluttered space allow these explosions to occur viscerally. It seems that the actors took to heart Larry Olivier’s advice of trying just acting, dear boy (and dear girl!). Which is great because they are so young: their naturalism becomes effortless once they get into their stride.

A lot turns on Catherine, played by Michelle Alexandra, who excels in the high-octane scenes, and she also gets the humour and sarcasm just right. Her US accent is of course natural, which helps.

She does have an irritating laugh, which sounds forced and falsetto. Members of the audience picked up on it and tittered back, which was funny. But after a while the laugh becomes part of her fragility and no one notices.

The sister, played by Melissa Jean Woodside, is a hard character to portray as she is not a sympathetic person and easy to convey as a caricature. Melissa gets the audience to laugh, but allows the character to develop too.

It is easy to forget the father, which is ironic; but Rus Kallan does a decent job in the part. He is best in the later scenes, relaxing into his role just like the other cast members. The narrative arc of the play is satisfying and the cast work well together. This production of Proof makes for a very enjoyable and rewarding evening.