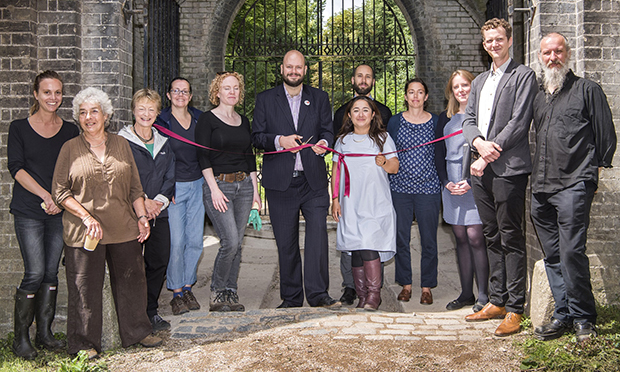 The doors to the ‘magical’ Abney Park Chapel are open to visitors once again following four years of urgent restoration work.

Mayor of Hackney Philip Glanville cut the ribbon last week at a ceremony to mark the end of the first phase of repairs, which included a new roof and cost around £430,000.

He said: “Our work to restore Abney Park Chapel, which lies at the centre of the cemetery where radicals, anti-slavery campaigners and dissenters are buried, is a testament to our commitment to Hackney’s radical history.

“We hope that as many people as possible come and immerse themselves in the fascinating history of both the chapel and the park.”

The council says the William Hosking-designed sanctuary, which was used only for funerals after being finished in 1842, has needed an overhaul since it was devastated by a fire and vandalism in the 1980s. 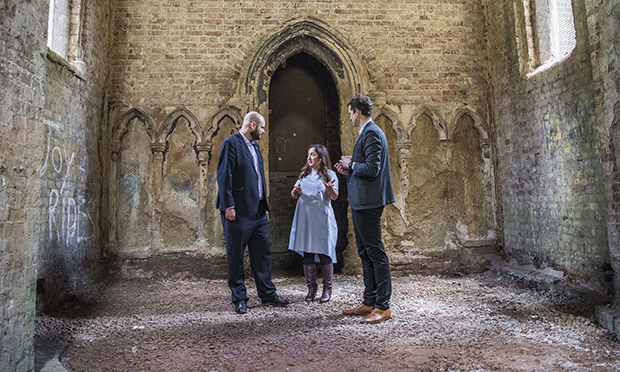 Glanville was joined at the chapel – one of London’s ‘Magnificent Seven’ cemeteries – by parks chief Cllr Feryal Demirci and Rebecca Barrett of government heritage body Historic England, which contributed a grant of £200,000 to the restoration.

Barrett said: “It’s been a real privilege to help fund a first phase of urgent repairs to the chapel at Abney. The Grade-II listed chapel, which sits at the heart of the cemetery, has been on Historic England’s ‘Heritage at Risk Register’ for over 25 years.

“To see it reopened to the community, used and loved once again, is a huge milestone.”

Hoardings that covered the chapel during the restoration have all been removed.

Landscape volunteer Lorna Fray, who has been helping out at the park for two years, said: “I think having the chapel accessible again transforms the park. People wander around it and find it quite magical.”

Tours of the chapel take place at 2pm on the first Sunday of every month and meet at the park gates on Stoke Newington High Street.

← LGBT campaigners victorious as Joiners Arms saved from demolition – for nowVisions Festival / Institute of Light / Billy Smokes review: out here in the Fields →