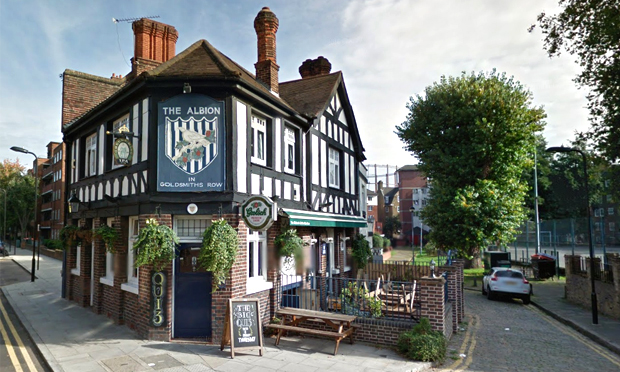 The Albion on Goldsmiths Row has closed, after twenty years as a neighbourhood pub and an outpost for West Brom fans in London.

The closure has been on the cards since January, when popular previous landlord and owner Dave Chapman got the news that it had been acquired by Remarkable Pubs, whose current roster of venues include The Approach Tavern in Bethnal Green and Shoreditch’s Barley Mow and The Reliance.

Remarkable are partnering with The Fish House on The Albion’s replacement, which will be called The Virgin Queen and will serve “craft beers, wine & top notch fish & chips.”

4 June was the last day of trading for The Albion, and in the following days as news filtered out, locals, including Telegraph travel editor Hugh Morris, took to Twitter to register their sadness and appreciation:

Shit. Just learned the Albion on Goldsmiths Row has closed to be turned into a fish restaurant. London’s best football pub. Sad times.

Despite its partisan nature in favour of the team they call The Baggies, The Albion was festooned with memorabilia from pretty much every club in the land – some of which was pilfered by drinkers looking for a keepsake:

So it was the Albion’s last day (before it gets turned into a gentrified gastro pub). I liberated the following from the walls. pic.twitter.com/QcjjgiOM8V

The Virgin Queen is set to open later this year.