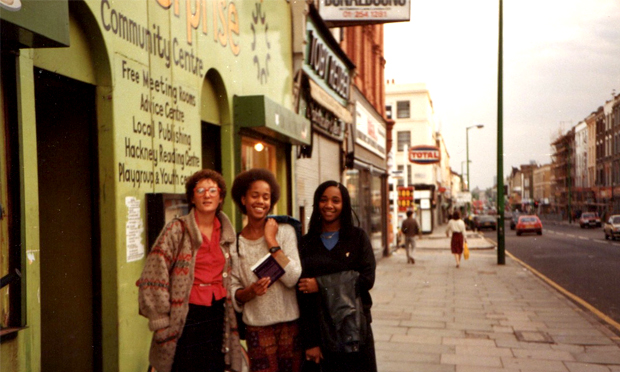 “A hive of creativity, activism and social fizz”: outside Centerprise. Photograph: Maggie Hewitt

The institution that for two decades inhabited the broad lime-green and yellow building at 136-138 Kingsland High Street defied classification. In theory it was a bookshop, but it also housed a cafe, a publishing house, and a communal office, as well as space for a variety of social projects, many of which drew young people into literacy and writing.

The Lime-Green Mystery: An Oral History of the Centerprise Co-operative documents the first two decades of the project, during which it was set up and operated as a co-operative. 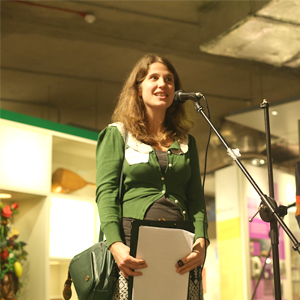 The idea for the venue grew out of earnest discussions in the late 1960s about how one could, as an outsider, ‘legitimately’ do socially useful activities in Hackney. Middle class unease about coming to the East End to ‘do good’ prodded youth workers Glenn Thompson and Margaret Gosley toward the notion of enterprise as an acceptable way into the lives of those in need.

After intense bouts of planning, theorising, dope-smoking, and wealthy benefactor-milking, Centeprise finally opened its doors on 1 May 1971 at its original address on Dalston Lane, close by the famous Four Aces nightclub.

The history of its subsequent evolution is told in this volume through the eyes of those involved; the two-year project from which the book emerged was an oral history of the organisation funded by Heritage Lottery money. A large portion of the book is made up of direct quotes from some 40 interviews with those involved with the project, and it is also chock full of photos, flyers and other archival material.

Formed into a co-operative in 1974 by intellectuals, Centerprise gradually morphed to resemble its surroundings. The cooperative management structure was dumped in the early 1990s, and the original white theorists gradually gave way to a largely black clientele. But the social function of the organisation never died, even if its shaky finances meant that it was heavily reliant on public funding and eventually fell victim to government spending cuts in 2012. 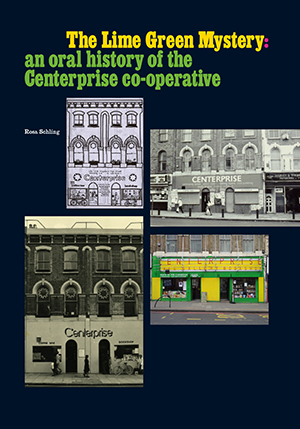 In the intervening years Centerprise survived fire-bombing by the National Front and a series of arson attacks. The radical politics that permeated the venue put it at the forefront of the cultural wars that raged in Hackney in the 1970s and 1980s. Radical community newspaper Hackney People’s Press operated out of the building, and then English teacher Ken Worpole honed the engaged brand of popular oral history that later brought him international fame.

Far more than a run-of-the-mill bookshop, Centerprise was for over 40 years a hive of creativity, activism and social fizz. This account will be welcomed by all those who remember it as well as by those curious about the heady years in which contemporary Hackney was forged.