“A great leveller”: The Joiners Arms as it looked when open. Photograph: Wikimedia Commons

The Joiners Arms, gay pub-turned-club and former epicentre of Hackney’s homosexual counter-culture, is back in style in a new format, as the old management return in earnest to Shoreditch nightlife.

Founder David Alexander Pollard and former boss Giuliano Pistoni have partnered with nearby strip club and watering hole Ye Olde Ax to run weekly Sunday night parties from 11 June, after the Back In Time relaunch event on Sunday 28 May.

The Ax’s link to The Joiners Arms is deeper than mere geographical closeness: “We used to call them ‘our neighbours’,” Pistoni told the Citizen. “If someone needed a barrel of beer or something like that, we’d help each other.” 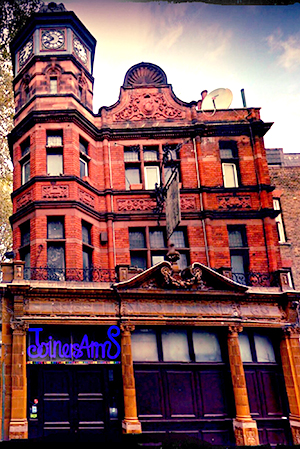 The new arrangement follows an initial reunion at the end of April which brought together 250 of the old Joiners crowd, many of whom successfully campaigned to bestow Asset of Community Value status on the building around the time of the pub’s closure in early 2015.

Supporters have kept up the pressure ever since, under the name Friends of the Joiners Arms (FOTJA). The group of ex-customers meet monthly to discuss how the developers who now own the site can work with them on creating “London’s first cooperatively-owned LGBTQIA community centre”.

FOTJA’s main goal is ensuring that the needs of the LGBT+ community are met in an time of rapid change in the borough, and group member Peter Cragg was enthusiastic about what this latest news means for the Hackney Road area: “I would absolutely love one day to have two LGBT spaces, one on each side of the road – it would make me so happy! We’ve been fighting for one space, and it’s been a long hard slog.

“There used to be The George [and Dragon], The Nelson’s Head, The Joiners, all within a close stagger of each other. And now, unfortunately, there isn’t. It would be a testament to the diversity of the community if we could have LGBT-run businesses and clubs and bars and community spaces and one-off events – Metropolis at one end of the road, Joiners nights at the Ax at the other.” 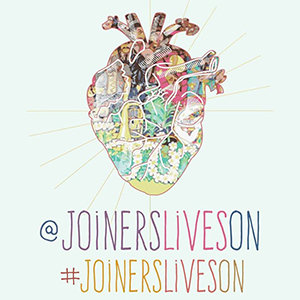 Work continues on plans for the still unused building, and FOTJA is currently soliciting LGBT opinion in an online survey. However, for Pistoni, there is no more time to lose.

“I don’t want people to start saying ‘Oh, remember when we used to go to the Joiners’. The Joiners is happening now!” he declaimed, eager to keep the fire and spirit of the venue burning.

The loss of The Joiners was bemoaned by many as being part of a wider trend in London, with Vice and Dazed and Confused publishing outraged tributes. Queer Hackney blogger How Upsetting ran a more analytical piece on The Joiners’ demise and its links to gentrification.

The Gay UK’s list of the capital’s gay bars that have shut down since 2000 touches on other lost Hackney favourites, such as the aforementioned George and Dragon, Old Street’s London Apprentice and Stoke Newington’s lesbian destination Due South.

The Joiners has often been written up as a great leveller of a place, where fun, sin and being interesting were the main values – spurred on by founder David Pollard’s left-wing, inclusive views.

Having said that, it had the odd famous patron, from the departed Alexander McQueen to stars like Rufus Wainwright and Rupert Everett reportedly dropping in for a nightcap or more over its 18-year history.

For more information about Back In Time and future Joiners nights at Ye Old Ax, please visit the Facebook page