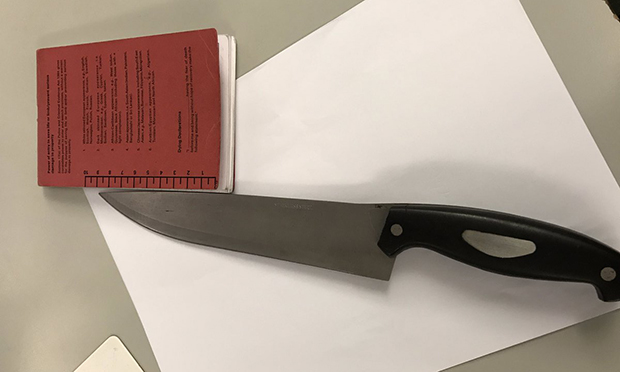 Dangerous: police tweeted a picture of the knife. Photograph: @MPSHackney

A 12-year-old boy was nabbed by police while carrying a 20cm kitchen knife in Hackney.

Officers discovered the blade after they were called out to reports of a robbery on Southwold Road in Stoke Newington on 5 May.

This large kitchen knife carried in street by boy aged TWELVE. Just remanded in custody for his protection and that of the public #opsceptre pic.twitter.com/OP3MqdbB8y

Hackney police tweeted at the time: “This large kitchen knife carried in street by boy aged TWELVE. Just remanded in custody for his protection and that of the public.”

Police across the capital have been cracking down on knife crime as part of Operation Sceptre. The drive, launched in 2015, includes an amnesty on bladed weapons, with people able to surrender them easily at a number of “knife bins” located all over London.

One of the bins can be found outside All Saint’s Church in Haggerston.