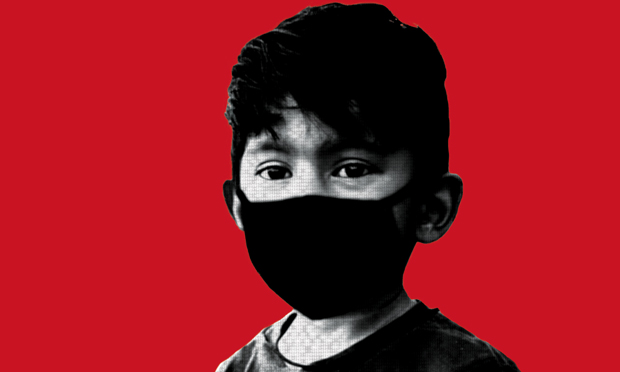 Timely: The Plague runs at the Arcola until 6 May. Photograph: Arcola Theatre.

This new telling of Albert Camus’ classic work, directed by Neil Bartlett, is sharp, direct and tears right to the heart of the story. Bartlett is incisive in his approach, and sticks closely to the original work as he ekes out Camus’ intended meaning, allowing the modern audience to reflect on our own situation and the cyclical nature of history and human nature.

The novel is largely symbolic. First published in 1947, it tells a tale of the consuming, destructive consequences of the global spread of fascism, through the metaphor of an unidentifiable and seemingly incurable disease that swiftly shuts down an entire town. Bartlett has makes a visible effort to articulate the symbolism to the audience who may not know the allegorical tome.

The play moves incredibly quickly through the story. While the pace is engaging, it can at times feel a little rushed. This works to impress on the audience a sense of being overwhelmed, which is so integral to the story.

However, for those unfamiliar with the context the speed may slightly dwarf Bartlett’s effort to ensure the audience is aware ‘the plague’ refers to the extremist right wing views that have returned to modern politics, and are swiftly gaining strength around the world.

Much like Camus, Bartlett does not attempt to provide any solutions, leaving the audience with an uneasy sense that the prospect of the developing ‘infection’ within our society can not be prevented or controlled, and is entirely out of our hands.

The opening scene is a familiar sight. Set up to look like an inquiry, it is immediately recognisable and feels incredibly contemporary.

The use of this imagery feels as though Bartlett is suggesting that questions need to be asked – who could have prevented the spreading of the plague? Who could have acted sooner, on the signs that something is not quite right?

In this way he echoes the sentiment of the film maker Adam Curtis in his recent film Hypernormalisation, and challenges the traditionally British Keep Calm and Carry On attitude.

The cast work well as a strong and coherent unit, and they seem at ease with the quick pace of the work. The stand out performance is given by Sara Powell as Dr Rieux. Powell provides convincing distress that hits the audience hard, and induces a sense of hopelessness and despair with every movement and word. She oscillates naturally between frantic internal thought and calm professionalism, and is the perfect core of the piece. The audience watches her like a pot, anticipating the inevitable moment the rumbling lid can’t keep everything in any longer.

The acting, production and direction work harmoniously to put the concept behind the story centre-stage and the decision to host such a powerful piece of work at such a relevant moment makes this one of the most thought-provoking and timely pieces of theatre that London has seen for years.

The Plague is showing at the Arcola Theatre until 6th May.