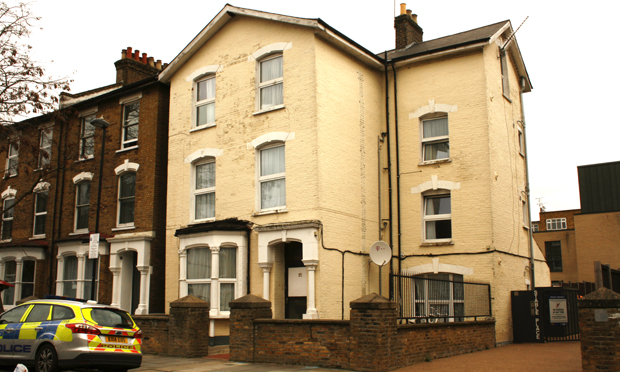 Crime scene: the property at which the attack is thought to have taken place. Photograph: Hackney Citizen

A man has been arrested on suspicion of murder after a baby boy died and his twin sister was critically injured in an attack in Finsbury Park on Saturday night.

Bidhya Sagar Das, 33, was picked up by police in Hackney yesterday evening and is now in custody.

Officers were called to a flat on Wilberforce Road just after 11pm on Saturday and found two seriously injured toddlers.

The twins, both aged one, were rushed to hospital, where the baby boy sadly died in the early hours of Sunday morning. His sister remains in critical condition.

Scotland Yard said it believed the incident was “domestic” amid unconfirmed reports that Mr Das is the twins’ father.

Detective Chief Inspector Dave Whellams, who is heading up the investigation, said: “This is clearly a tragic incident, and our thoughts are with the family of the two young children.

“Despite the best efforts of medical professionals a baby boy sadly died in the early hours of this [Sunday] morning. A baby girl currently remains in a critical condition and is receiving specialist medical care.

“Whilst we remain in the early stages of the investigation, a man has now been arrested. I would still like to hear from anyone who may have any information regarding this terrible incident.”