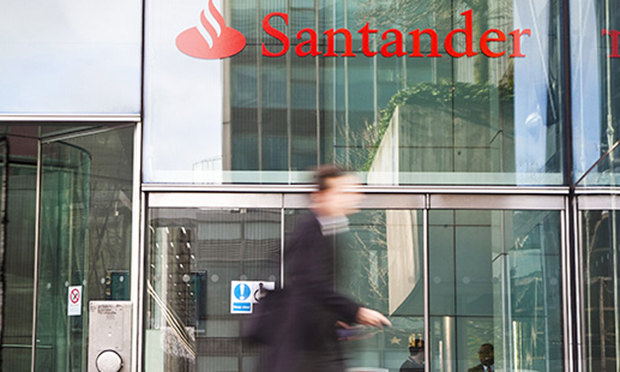 Pledge: the bank is to review the controversial clause. Photograph: Santander

Campaigners were set to protest at the Spanish bank’s Mare Street branch last Saturday, popping balloons to emphasise their fight against inflated rents.

But Santander pre-empted the action and agreed to “remove” the clause, which told landlords to raise rents by “as much as can be reasonably achieved”.

A Santander spokesperson said: “We have never invoked the clause and having reviewed the wording, we are in the process of removing it from our terms and conditions.”

The clause has been part of Santander’s buy-to-let mortgage contracts since 2011.

A spokesperson for Digs said: “When people’s homes are being destroyed by the housing crisis, for a billionaire bank to insist landlords charge maximum rent is destructive and antisocial. People will no longer tolerate the naked greed of banks, letting agents and landlords.

“We’re delighted that Santander have scrapped their rent rise clause. This result shows what renters in Hackney and across the UK can achieve if we get together and get organised. It’s the only way we’re going to win affordable, secure housing in our lifetime.”

Digs is planning more actions in the coming weeks to oppose lettings agencies that are “desperately trying to stop the upcoming ban on unnecessary fees”.