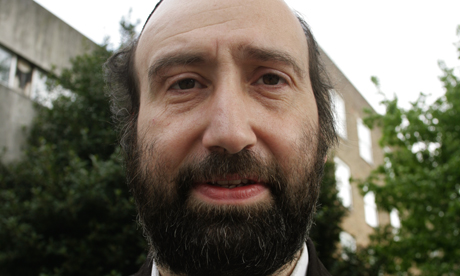 A Conservative councillor has accused Labour of cheekily playing party politics with a vote about the future of a bus.

Cllr Simche Steinberger accused members of the party in control of Hackney Council of effectively watering down a motion he proposed calling for pressure to be brought to bear on London Mayor Sadiq Khan to bring the number 73 bus back to Stamford Hill.

The bus used to run from Victoria through Stamford Hill, terminating in Seven Sisters.

Its route was curtailed in 2011. It now terminates in Stoke Newington. But it continues on without passengers to Stamford Hill, where it is garaged in the Egerton Road depot.

Cllr Steinberger’s motion called on Hackney Mayor Philip Glanville to intercede with the Mayor of London with the aim of getting him to launch a review of the 73 route.

Labour decided not to back the motion as worded by Cllr Steinberger. Instead they proposed and voted through an amendment highlighting that the decision to curtail the route had been taken under Conservative mayor Boris Johnson.

To the annoyance of Cllr Steinberger, the amendment also commended Mayor Khan for introducing the new “hopper” fare which allows many bus passengers to save money when changing buses.

Cllr Steinberger voted against the amended motion, saying its effect had been “spoiled” by Labour.

He said afterwards: “They are kind of telling Sadiq, you don’t have to do it because you’ve got the hopper fare anyway.”

He added: “The hopper was not even Sadiq’s idea. He stole it from the Lib Dems.

“I feel that with this amendment they’ve just spoiled it [the motion].”

He said that, as they stand, things were so bad he would “rather walk on his head” from Stamford Hill to Victoria than get the bus.

Cllr Steinberger’s Conservative colleague Cllr Harvey Odze – who had seconded the original motion – voted for the amended version, apparently concluding it was better than nothing.

Asked if Labour had played politics with the vote, local party whip Cllr Rob Chapman replied: “There’s politics in everything.”

He added: “We amended it to make sure Sadiq Khan got due credit for what he’s doing, and put in what the changes were and the responsibilities in the first place of outgoing Tory mayor Boris Johnson. Cllr Odze voted for the motion as amended.”

The amendment did “not dilute the substance” of the motion, Cllr Chapman said.

Sadiq Khan is the son of a bus driver.