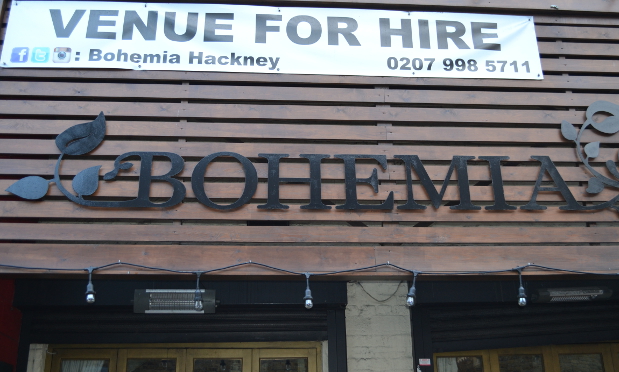 Goodbye to Bohemia: long-running cafe to close in January

Cafe Bohemia, which has served up food and events to its loyal customer base for around three decades, will close for good next month, while changes to the railway arches and the wider area where the Narrow Way meets Mare Street start to take shape.

The current owners of the longstanding business, who have run it for around six years, wrote on Facebook: “It is with great sadness we announce that Bohemia will be closing on 17 January 2017.

“It isn’t a decision that we have made on our own accord, but unfortunately Network Rail want their property back to ‘redevelop’ the arches.”

These arches could now potentially play host to a new set of shops, and it is understood rents are increasing.

The council, meanwhile, is busy digging up the pavement close to St Augustine’s Tower to create an expanded public square.

Drastic transformations involving the bus depot and Tesco site could now be in the pipeline as part of the Town Hall’s ‘masterplan’ for Hackney Central.

The trees by the bus garage opposite Marks and Spencer have also been dug up. A statement on the council’s website explained: “We’re relocating the trees to London Fields and will replace them once work on the square is finished.”