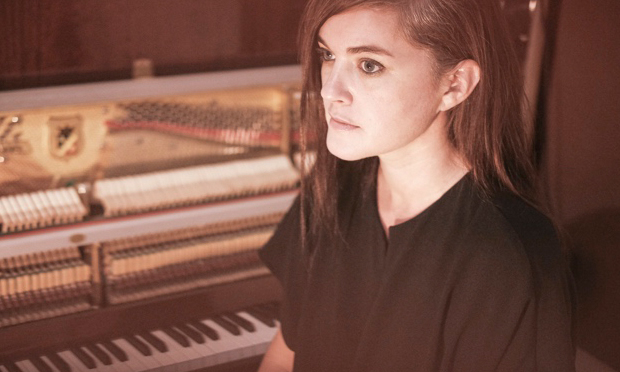 When Julianna Barwick released Will back in May it signalled yet another critical success for the musician. The fourth full-length release from the Brooklyn-based Barwick was a return to a coarser and more intimate sound than 2013’s stormy and expansive Nepenthe, but in a live context she fuses the sonic clout of the latter with the warmth of the former.

Working diligently behind her keyboard and loop machine, Barwick amasses her vocals layer upon layer, submerging what lyrics are discernible in an upsurge of ambient consonance. In terms of deciphering where one song ends and the next begins, it can be difficult to get your ear in. The tracks run together, the tail of one disappearing into the mouth of the other, delivering the synth line of what might be ‘Nebula’ in the same breath as a choral chant from what could be ‘The Harbinger’ or the saintly hum of ‘Someway’.

However, it’s this continuous torrent of motifs and harmonics that gives the performance its wonder. Barwick has the ability to overwhelm the senses with a sound that is vehement and yet soporific, holding the audience somewhere between restlessness and reverie. When the vaulting top-line of ‘Forever’ reaches its peak you can almost hear pupils dilate with euphoria.

Barwick’s music grows minute by minute, evolving into vast, shimmering descants. It’s a way of harmonising that she learnt at a young age while singing in school choirs and at church camps. Tonight, a sound that brought out intimacy on record, elevates her to gigantic proportions that the lone figure on stage seems only a scale model of. Building from trickles of melody through loops and synth layers into huge polyphonic breakers, her recurring vocal arcs are not hindered by Oslo’s lack of domed ceilings. It’s a noise that can fill any space with the power of the cathedral’s chorus – an impressive feat from a choir of one.

On the odd occasion Barwick stops her flow during the performance to talk with the audience. It is polite, cheerful and brief – a hello, a thank you, a mention that her dad is here tonight. They come as a sharp shock after being submerged by her music for so long, but these quiet interruptions are nevertheless welcomed, offering a peek at the figure behind the curtain of sound.