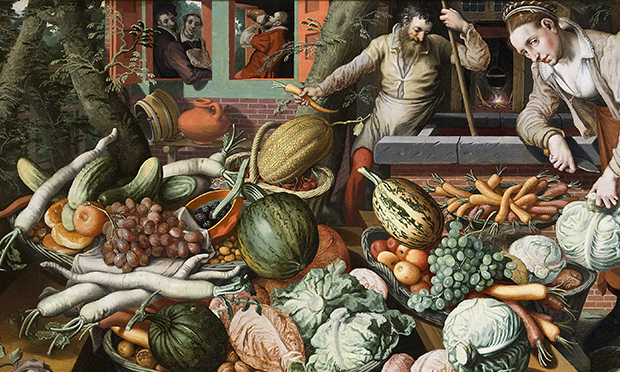 There are also staples of many of the different cuisines in the borough, sweet potatoes, yams, manioc, that we shall be eating next month.

Potatoes might seem the typical English vegetable, but they were latecomers compared to the ancient roots listed above. A gastronomic experience, or an unhealthy treat, it is hard to imagine a time when the potato was not an essential part of the English diet.

But in fact it did not arrive in Europe until the 16th century, when explorers brought them, along with other strange exotic items, like tomatoes, tobacco and chocolate, from South America. Then it took another few hundred years for us to realise that, in spite of looking like deadly nightshade, the potato was not poisonous.

It was first collected by botanists as a novelty, for it is a very pretty plant, with decorative green leaves and exquisite blue flowers (Marie Antoinette wore them in her hair, and a fat lot of good that did her).

The potato plant evolved an almost miraculous system of self preservation in the form of tubers, attached to its roots, with all the nutrients and liquid it needed to survive the harsh climate of the bleak mountainous altiplano between what are now Peru and Bolivia.

For over 6,000 years the inhabitants of this arid terrain survived by cultivating potato plants, sustained by the balance of carbohydrate, vitamins (B6 and plenty of C), and some useful minerals – potassium and copper. In Peruvian cooking today the potato is more than just an accompaniment to other things. The dried chuño, a sort of freeze-dried hard crystalline substance, made by exposing potatoes to the harsh night frosts and the arid daytime conditions, is a product that can be dehydrated, soaked, and cooked in various ways to make carapulcra, a dish of amazing tastiness, perked up with Peruvian chillies.

With luck this can be enjoyed at Lima, the Peruvian restaurant in the West End, and Peruvian potatoes are on the menu of Andina in Shoreditch or Tierra Peru in Essex Road, and Ceviche in Old Street. 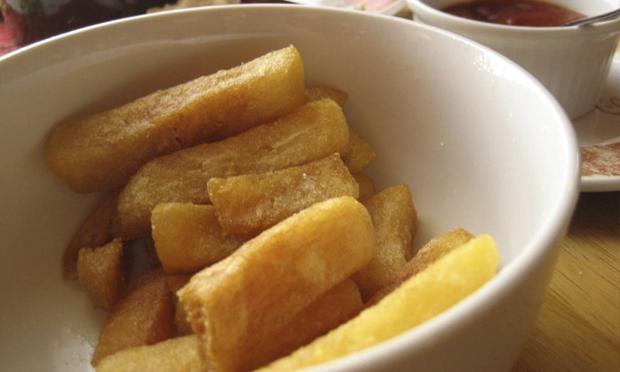 The versatile tuber, having gained respectability, was at first a luxury ingredient in the ornate pies and concoctions of Robert May for the 17th century aristocracy, along with artichoke hearts and asparagus, sweetbreads, bone marrow, rosewater and spices. This is an age away from ‘chips with everything’ which used to sum up the worst of British holidaymakers’ attitudes to food. enjoyed with risotto, paella, spaghetti or coq au vin, a comforting reminder of home. But even now a portion of chips, or if you will, fries, is a treat to add to an order of almost anything.

I have fond memories of the family chip pan, sitting uncovered by the kitchen range, gathering dust and cat hairs, and the promise of chips with cold meat on washing day. For every other day of the week there was the ritual of boiling the living daylights out of tasteless tubers, and serving them all soggy and unseasoned with whatever else on offer, until the Second World War broke out, when we ploughed up the front lawn and grew our own potatoes. Cooked fresh from the ground, with just a smear of the week’s butter ration, they were a revelation. With the range of tasty spuds on offer in the various farmers’ markets in Hackney we can today experience their same simplicity and versatility.

Even after Europeans began cultivating them, it took a while for potatoes to escape from their association with the roots that were dismissed as cattle fodder as well as food of the poor. Late medieval hierarchies of foodstuffs held that ingredients that were nearest to heaven – songbirds fluttering in the air, fruit nodding on trees, noble creatures like deer and wild boar, had more refinement than cattle or the lumpish roots that crouched in clods of soil.

The historian Allen J. Grieco explains how in Italy Renaissance gourmets somehow re-arranged this system of values to accommodate their newly found passion for salads, not to mention artichokes and asparagus, posh plants recently re-introduced. But that still left roots wallowing in the mud.

Meanwhile the market gardens of London in the 16th and 17th century were meeting increased demands, for cheap roots, carrots, turnips, parsnips, salsify, skirrets, and cabbages for the less well off, and luxury salads and artichokes, spinach, asparagus and broccoli for the rich.

A French visitor in 1690, Henri Misson, wrote rather condescendingly of our cuisine: ‘They eat … ‘Roast Beef… or a piece of Boil’d Beef… and besiege it with five or six Heaps of Cabbage, Carrots, Turnips, or some other Herbs or Roots, well pepper’d and salted, and swimming in Butter.’ When Giacomo Castelvetro, writing in 1614, was trying tactfully to persuade us to eat less meat and sweet things (he was talking to the overfed rich) he mentioned roasted parsnips, carrots and onions seasoned with plenty of pepper.

Carrots were held to be the best in times of famine, when bread was scarce, for they were filling, nutritious, and cheap. When, in the early 17th century, a large artichoke cost 1 penny, you could get a stone of carrots for 2p. They came in different colours too, as you can see in the above painting by Pieter Aertsen of a vegetable stall in the Low Countries, done in the 1550s, a time when many Dutch people were fleeing religious persecution at home.

They settled in South London and East Anglia, and brought with them agricultural and entrepreneurial skills. But potatoes were still waiting in the wings.

Parsnips have a slightly sweet tasting root, and can be cooked in so many different ways. They too had the stigma of animal fodder, to the extent that they fell out of use in Italy. A few years ago Angelo Lancellotti, a chef with a starred restaurant near Modena, phoned with the plaintive query: ‘Cosa c’è, pastinaca?’ I sent him some packets of seeds, and the rest is history, for this rare unknown root flourished in the claggy soil of the Po valley and Angelo’s parsnip soup became a tourist attraction.

I used to think I had invented the parsnip soufflé but Jane Grigson got there first with a recipe for fritters that involves beaten egg whites, folded into cooked and mashed parsnips.

The soufflé is a terrifying beast, causing us to feel emotions akin to the pity and terror of Aristotle’s definition of Greek tragedy. Don’t go there, and if you see one coming, cross the road and buy yourself a bag of parsnips or potatoes and hurry home to make a nice easy Italian sformato. 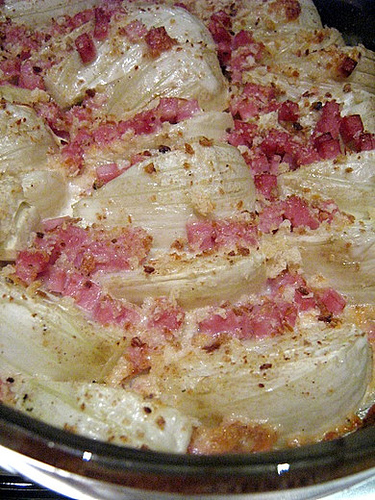 A version of sformato, with fennel and soft cheese. Photograph: FrancescaV.com via Flickr (Creative Commons)

This comforting pragmatic dish is an idiot-proof vegetable based concoction with the addition of eggs and cheese, baked in the oven, and served warm or at room temperature. A classic sformato di patate involves lightly mashed potatoes into which you stir milk, beaten eggs, butter and freshly grated parmesan, perhaps layered with a melting cheese like fontina or well-drained mozzarella, seasoned with nutmeg or herbs, and baked with a crust of breadcrumbs dotted with butter, in a moderate to hot oven for 20 to 30 minutes.

You can brighten this up with cooked peas, some chopped cooked ham or bacon, or anchovies.

The mixture will puff up a bit on account of the eggs, but ethereal lightness is not a priority.

This method can be applied to almost any root vegetable, as well as spinach, courgettes or aubergines. It can be served from the baking dish or unmolded, hence the name.