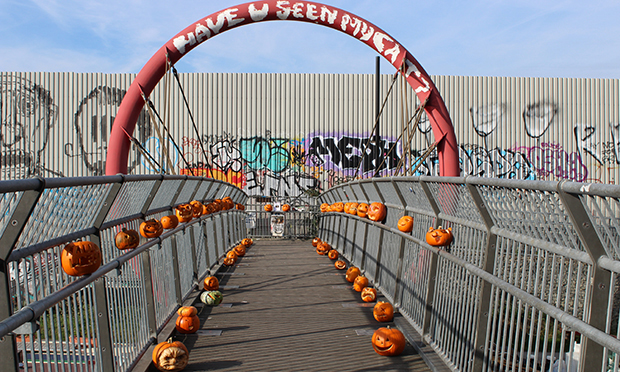 Spooky: A collection of pumpkins carved for Halloween line a foot bridge in Hackney Wick

A puppeteer who has worked on several Wes Anderson films has lined a foot bridge in Hackney Wick with dozens of pumpkins.

Andy Gent, who has worked on blockbusters such as Corpse Bride and Fantastic Mr Fox, had the idea after a Halloween bash on Friday for the production crew of the latest Wes Anderson flick.

So whilst most of Hackney woke up engulfed in an eerie fog, Hackney Wickers were treated to a spooky pumpkin extravaganza.

The pumpkins were carved during a special session for local families at White Post Café.

Then after the party the pumpkins were placed on the bridge that links Hackney Wick to Fish Island over the Hertford Union Canal. 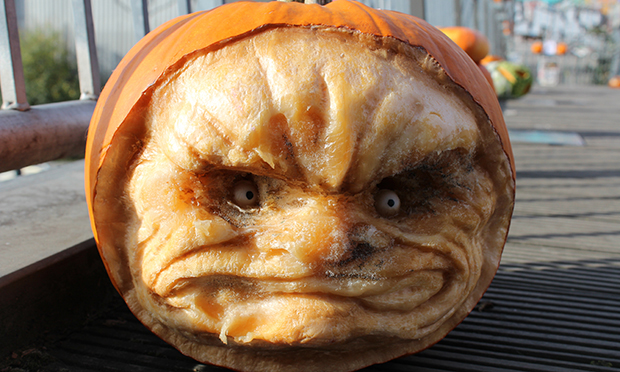 Dastardly: A face carved into the side of one of the pumpkins

At 6pm on, the pumpkins were lit up to protect the neighbourhood against spooks.

The message “Join in our fight against right” could possibly be a reference to recent controversies over developments in Hackney Wick.

This halloween in Hackney promises to be a treat for fans of horror films, with Hackney Attic film festival hosting its own Hallowe’en Special. 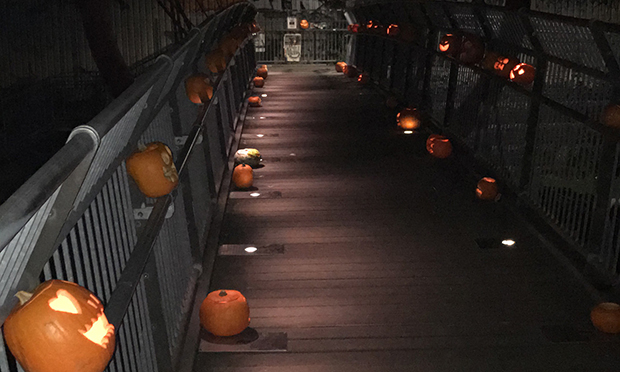