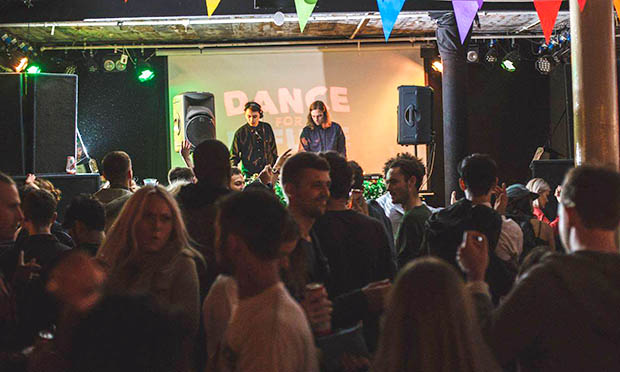 On the decks: DJs at a previous Dance for Refuge party. Photograph: Hungry Visuals

Seldom are the words ‘party’ and ‘refugees’ spoken in the same breath.

But a fundraiser taking place tomorrow evening at Stour Space hopes to change all that.

The night at Stour Space is in aid of the Help Refugees charity and seeks to raise awareness of the ongoing refugee crisis in Calais, Syria and beyond.

With dance music and visual art, it is an unconventional format for a fundraiser – something musician and organiser Will Lister hopes will encourage a different type of crowd.

He said: “It can sometimes be two different crowds that go to a party and people that go to fundraisers. We want to bring those two crowds together.”

All collaborators and artists are donating their time and skills, the venue is also being provided without charge.

Confirmed acts include Joy in Repetition, Severino, Tesselate, YAM Records and On the Corner.

Other than travel costs, all money raised will be donated to Help Refugees, which recently launched legal proceedings against the Home Office over their treatment of child refugees.

The charity operates in various refugee hotspots including the camps in Calais, and provide funding for search and rescue in the Mediterranean.

A £5 donation is suggested, but party-goers can donate as much as they like. Tickets can be purchased here.