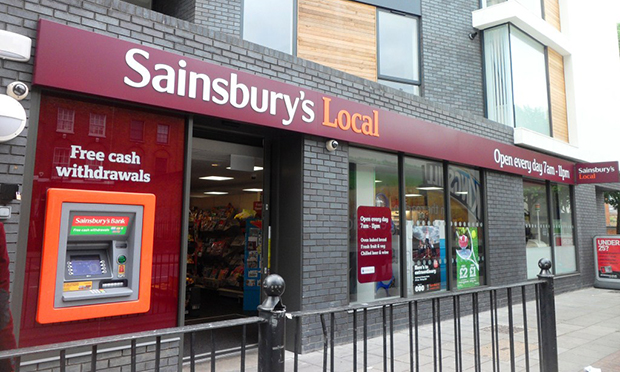 Supermarket giant Sainsbury’s has come under fire after a same-sex couple who were holding hands in one its stores were told they were behaving ‘inappropriately’.

Thomas Rees, 32, and his boyfriend Josh were grocery shopping in the Hackney Road branch of Sainsbury’s on Monday (8 August) when a security guard took them aside after apparently receiving a complaint from another customer.

After complaining to Sainsbury’s on Twitter, the supermarket chain has offered Thomas a £10 gift voucher.

Recounting the experience, Mr Rees told BuzzFeed: “My boyfriend and I became aware we were being watched. We were holding hands, arms around each other’s waists, basically showing public displays of affection.

“As we came to pay for our shopping I noticed a security guard watching us. Once we had paid, he then approached us and asked us to follow him outside.

“There was no sense of humility. I refuse to believe this would have happened to a heterosexual couple – we just stared in disbelief. It felt like 1960s Britain.”

Since the incident, Thomas has received overwhelming support on Twitter, with users simultaneously demanding Sainsbury’s to apologise.

Horrible to read how @doganddinosaur and his bf were treated in @sainsburys. Please remember that this person in Hackney supports you!

A Sainsbury’s spokesperson said: “We sincerely apologise to Thomas and Josh. We are an inclusive retailer and employer and do not tolerate discrimination in our stores. We will take appropriate action once we’ve concluded our investigation with our security contractor.”

Sainsbury’s has found itself in hot water over its attitude towards same sex-couples in the past, with campaigners staging a ‘kiss-in’ at a branch in Brighton after a security guard asked a lesbian couple to leave the store for kissing.

Everyone should be able to express love for another. @sainsburys offering a £10 voucher won’t do. @doganddinosaur pic.twitter.com/9X9IXcs5Oo