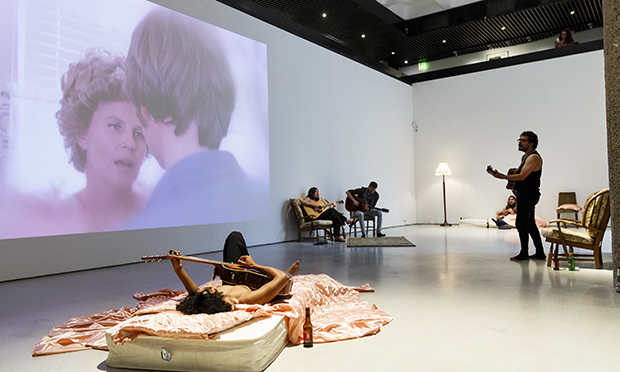 Lounging around: ‘Take Me Here by the Dishwasher: Memorial for a Marriage’, an installation by Ragnar Kjartansson at Barbican Art Gallery. Courtesy of the artist, Luhring Augustine New York and i8 gallery Reykjavík. Photograph: Tristan Fewings/Getty Images

Every five years the artist Ragnar Kjartansson stands in a living room and films his mother spitting full into his face.

The four completed editions of this work, Me and My Mother (2000-2015), are featured in a solo exhibition of the acclaimed Icelandic artist at the Barbican where, through side-by-side television screens, you can see artist and mother age in their bizarre interaction.

It’s one of the less obviously spectacular works included here, but one which ably synopsises the levels on which the exhibition operates: humour, film, time and context, story, repetition and framing.

Kjartansson’s work plays with choral forms and polyphony, deploying counterpoints and harmony to create incredibly complex and rich films and performances. On the ground floor the musicians of Take Me Here by the Dishwasher: Memorial for a Marriage (2011) play in live interaction as they lounge on mattresses and couches, accompanied by a vintage film loop of the artist’s parents.

Music is a unifying theme throughout the show, both as the stuff of the installations and referenced and pictured in the paintings and images upstairs and down. The centrepiece of the exhibition is the nine channel video piece The Visitors (2012), curtained away from the live troubadours by the entrance but sharing some of the same spirit and communal feel. 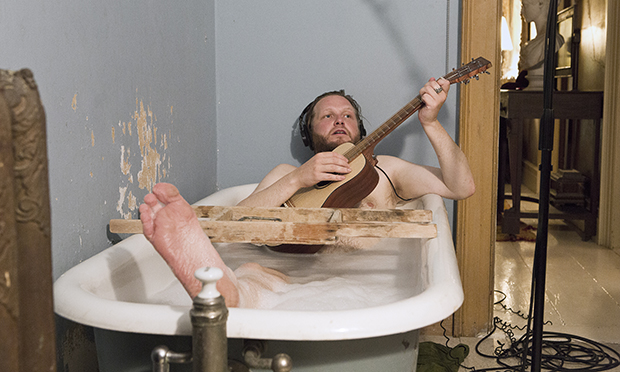 Created at Rokeby Farm in Upstate New York, each of the nine screens of the piece feature a single musician, removed from each other around the house but playing in unison for the hour the filmed performance lasts. On entry it is a gently swaying song, a complete and whole musical piece, but as you stay and move from one screen to the next the directional speakers pull out the individual voices and instruments in an intensely fascinating manner.

It is tiresome to reference Björk and Sigur Rós just because the artist is from Iceland, but there is something that links Kjartansson to these more familiar cultural exports. An odd balance between the ethereal and an endearing dorkiness, a cool that is un-ironic in a manner that might just be totally uncool. 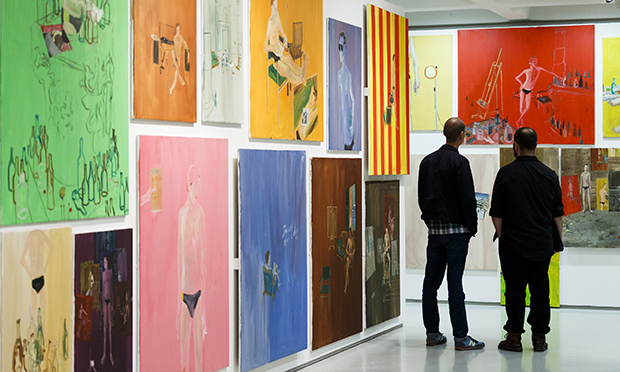 This is best exemplified by my favourite piece in the exhibition, Guilt Trip (2007), where the Icelandic comedian Laddi wanders a ridiculously desolate and beautiful snowy landscape, firing a shotgun into the air and occasionally fumbling to reload it.

It sounds stupid, like an armed Mr Bean, but I found it incomprehensibly poignant and quite moving. The shotgun blast is so loud that once you’ve heard it then it seems incredible that you weren’t aware of it from the moment you entered the gallery.

Like many of the works on display it is hypnotic and strange but immediately relatable and faintly familiar. Visually Kjartansson references movies, television and the culture we consume on a daily basis, but plays with their presentation until they seem bizarrely remote.

On Saturday and Sundays throughout the show’s run, two women straight out of a period drama kiss whilst rowing across the Barbican lake. In the moment it makes sense, but try to explain it and you feel it run away from you.

There is an enormous amount to engage with here, to watch, and experience, and be taken in by. Kjartansson’s work doesn’t take itself overly seriously, but is an important intervention in the galleries it is shown in.

It is incredibly encouraging to see the Barbican continue to engage with performance, and doing it well. Presenting performance art in a sensitive and complimentary manner is often a challenge to galleries and museums (take note, Tate Modern) but here it feels as at home as any other form. Kjartansson, although perhaps an artist unfamiliar to many, is well worth your time. 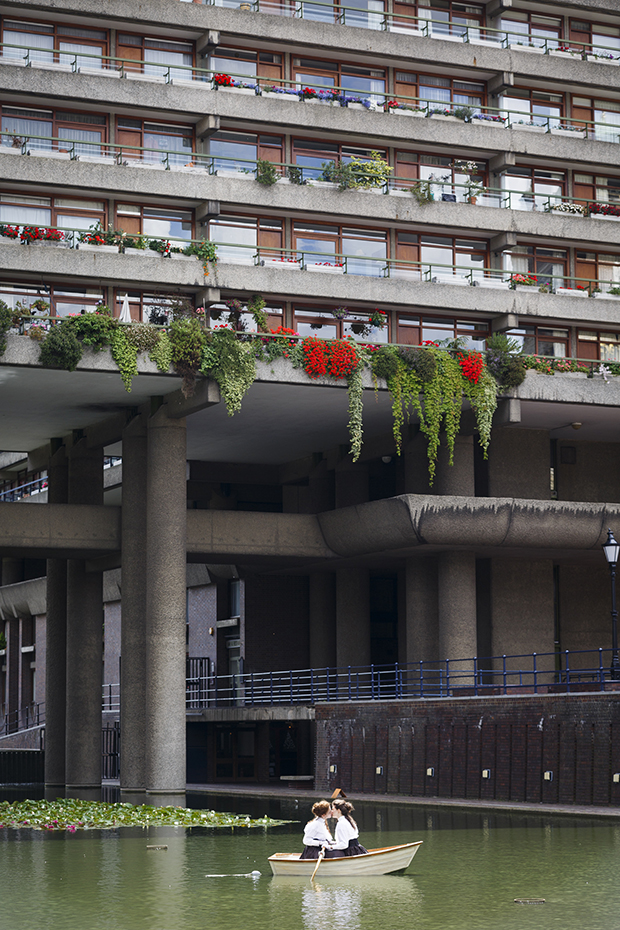 ← Clapton garage rented out as ‘bogus’ studio flat at more than £1,000 per monthHolborn Studios: ‘act of betrayal’ leads campaigners to call for judicial review →