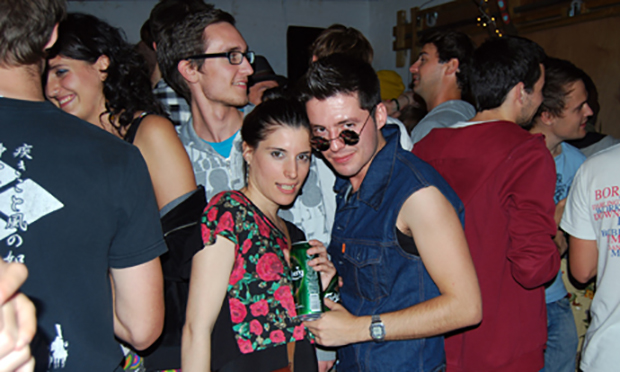 Campaigners have made a last-ditch call for residents to have their say on Hackney’s night-time economy.

Residents and businesses are invited to air their views on the borough’s burgeoning nightlife, ahead of the deadline for the council’s online consultation this Sunday (17 July).

The Town Hall abandoned its previous consultation of August last year after making mistakes in a key paper.

The council had previously proposed a licensing policy which would have enforced a 12 midnight closing time for all new bars.

A number of residents’ groups argued the stricter measures were necessary to stop “Shoreditch becoming Magaluf”.

The clampdown on late-night venues prompted the launch of We Love Hackney, a campaign to fight the plans.

The group, made up of local clubs, bars and residents, today made a final plea for residents to have their say.

Speaking to the Hackney Citizen, Street Feast and London Union founder Jonathan Downey said of the consultation: “It’s an opportunity to create a progressive policy, drawing on the best practice from around the world and setting an effective precedent. It is critical that the normally silent majority make their voices heard.”

But Lisa Shell, Chair of Rio Cross Residents’ Association, said it would be “reasonable” for the council not to grant new late-night licences given the increase in licensed premises in and around Dalston.

Ms Shells alleges that, at a residents’ meeting a year ago, a councillor reported that there had been an 82 per cent increase in licensed premises in Dalston since 2009.

“Given this huge local provision it would seem reasonable that, whilst residents continue to be affected by anti-social behaviour arising from the night-time economy, new or extended licenses are not considered until resources are made available to manage the fallout,” Ms Shells said.

“Problems for residents resulting from anti-social behaviour are reduced dramatically when policing and warden presence is increased but, because the local police force is shared with Shoreditch and responds to crime before anti-social behaviour, resources are stretched.”

Ms Shell said the “row” over Hackney’s night-time economy is not so black and white.

“There is no ‘row’ or ‘clash’ between clubbers/club owners, and residents.”

“After all, existing licences are secure. Hackney Council is merely trying to identify how readily it should grant new licences, and the level of resources that are required to manage the existing ones.”

A spokesperson for Hackney Council explained the reasons for the consultation in a statement back in May: “We are keen to hear the views of local residents as well as those using the evening and night-time economy. We would like to work together to balance the needs of our evening and night-time economy, taking into account the views and experiences of residents, businesses and visitors.”

The consultation closes on Sunday.