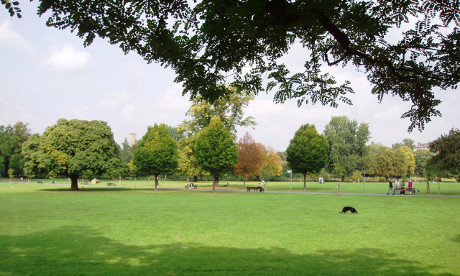 Hackney Council has defended the use of its parks for events after residents complained about the noise from an annual festival in Clissold Park last Sunday.

Local residents took to social media during the DayMer Festival – which celebrates the Kurdish and Turkish community – to complain about the noise and question the priorities of the council.

Gail Hopkins said the festival was “too loud” and that “the whole of [Queen Elizabeth] Walk”, which runs along the north-east of the park, were “furious”.

She added: “How much money is Hackney Council generating from noisy festivals in Clissold Park at the expense of residents whose only day off in the week is Sunday?”

The festival, which ran from midday until 7.30pm, included political speeches, including one from Leader of the Labour Party Jeremy Corbyn MP, and performances from Turkish and Kurdish musicians.

Another resident, Jackie Kane, said: “Have some respect for your neighbours and the wildlife in the park…let’s have some peace and quiet on at least one day of the week.”

The event is run by DayMer, a community centre and charity founded in 1989 to help the Turkish and Kurdish communities and promote “cultural, economic and democratic rights”.

Organisers of the event told the Hackney Citizen that the festival involved a “very rigorous noise management plan” and that monitoring throughout the day confirmed that limits were not exceeded.

Taylan Sahbaz, Events Manager at DayMer, said: “We do understand and appreciate that there may be complaints about our work and consider them as opportunities of improving what we do and building relationships with members of the community, given our ethos of being a bridge between migrant and host communities.

“We are more than willing to hear their complaints, work together around them and generally build and retain good community relationships as members of both the local community and as Clissold Park users.”

Cllr Jonathan McShane, Cabinet Member for Health, Social Care and Culture, said: “The DayMer Festival is a popular event celebrating the local Kurdish and Turkish community, which has taken place in Clissold Park for a number of years.

“We appreciate that there are some issues with noise travelling from events like this, and over the course of the weekend, we received a handful of complaints.

“We were able to visit a number of people and monitored the sound levels, which were found to be within set limits.

“Nevertheless, we will continue to work with both the organisers, local residents and the park user group to ensure the impact on residents is minimised at any future events.”

Caroline Millar, Chair of the Clissold Park User Group, said: “We have worked very closely with the Council over several years to make sure people living near the park suffer as little disruption and inconvenience from events while still making sure that these long-standing and popular community events can continue in the park.

“Two people complained to us on Sunday and the Council officer who was on site responded immediately and went to see both of them that afternoon.

“We will be discussing past and future events including the DayMer Festival at our next public meeting on 9 July.”

← Surround sounds: ‘pit parties’ are taking the gig to the crowdDishNextDoor – review: feed thy neighbour with delivery service →