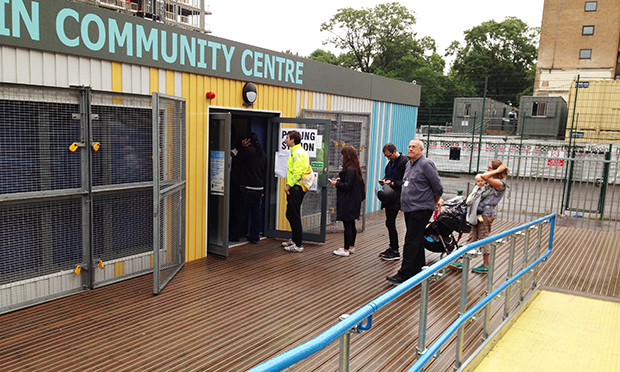 Hackney residents voted overwhelmingly to remain in the European Union whilst Britain as a whole voted for Brexit.

78 per cent were in favour of staying compared to 48 per cent in Britain as a whole.

Residents in 28 London boroughs voted in remain, with Hackney, Camden and Lambeth in the top three.

Commenting on the results, Hackney mayor Jules Pipe said: “The result of the EU Referendum makes it vital that London’s government – the Mayor and the boroughs – work closely together to sustain the growth and success of our city in this new environment.

“It furthers the need for us to press for a devolutionary settlement that allows London to make the sort of contribution that our country needs and to ensure that the focus is not just upon the transfer of powers between Brussels and Whitehall.

“It is critical that London and local government more generally has a seat at the table in the discussions and negotiations that will follow.”

This article was amended at 14:40 on Wednesday 29 June 2016 to include a comment from Hackney’s mayor, Jules Pipe.

← Hackney residents cast their votes in EU Referendum‘There is not a person in Britain who is not interested in politics. They just don’t always call it politics’ →