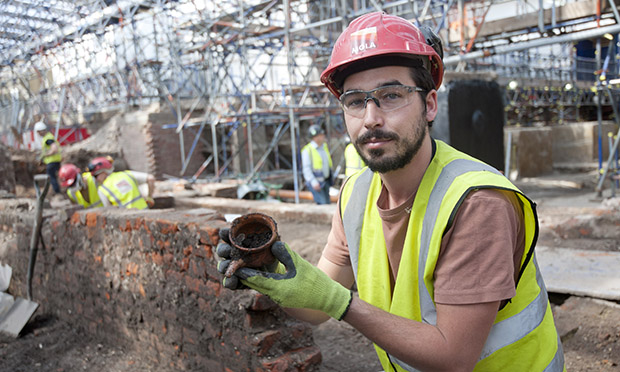 Potted history: an archaeologist with a container dating back to 16th century. Photograph: MOLA

Archaeologists from the Museum of London Archaeology (MOLA) have announced their findings from an excavation of The Curtain Theatre in Shoreditch, the playhouse where some of the earliest performances of Romeo and Juliet and Henry V were staged.

The Shakespearean theatre, which is referenced in the 1998 film Shakespeare in Love, was built in 1577 and staged plays until 1624 before closing for unknown reasons.

The theatre was rediscovered in 2012 and the following year planning permission was given to develop the site into a £750m mixed-use development, known as The Stage, with the remains of the theatre protected in a glass enclosure.

This week archaeologists revealed the initial findings of a month-long excavation, discovering remnants of the courtyard, inner walls, as well as a variety of artefacts, including a ceramic bird whistle dating from the 16th Century.

Discussing their findings, MOLA said that the playhouse appears to be a rectangular building, measuring 22 metres by 33 metres, rather than being polygonal as first thought.

Walls up to 1.5 metres high have been discovered, and archaeologists have also identified the courtyard and galleries where theatregoers would have stood and sat. 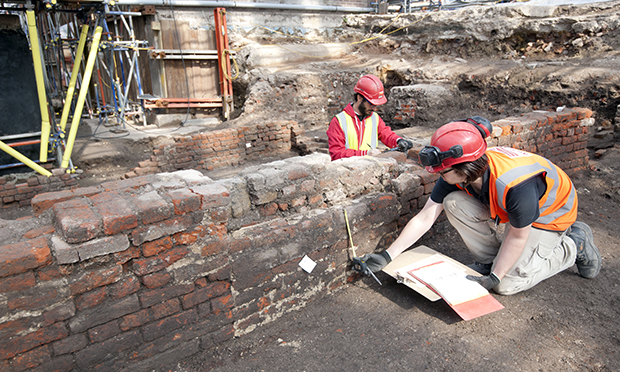 Shaping up: the Curtain Theatre was rectangular, and not polygonal as first thought. Photograph: MOLA

Heather Knight, lead archaeologist on the dig for MOLA, said: “Archaeologists and theatre historians have long pondered what the Curtain Theatre looked like – this long-awaited excavation is now starting to give up the secrets of this historic site.”

The discovery of the bird whistle has created a lot of excitement, with historians believing that the whistle may have been used as a sound prop in theatrical performances.

Shakespeare’s Romeo and Juliet was staged at the theatre in the late 16th century and there are numerous references to birdsong in the play.

Ms Knight said: “Among the artefacts we have uncovered so far, the bird whistle is my favourite find as it may have once been used as a sound effect replicating bird song in plays.

“Theatre producers at that time were always trying to find new way to animate their productions and delight audiences.”

Archaeologists will continue to excavate the site for another month, and the public are invited to visit the theatre as part of a tour from today (20 May). 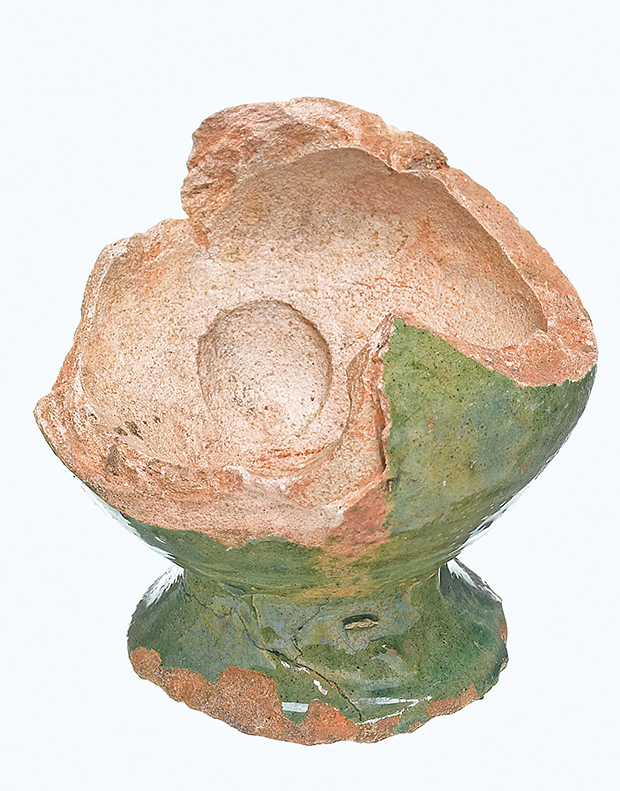 Sound opinion: a bird whistle thought to have been used in performances of Shakespeare plays. Photograph: MOLA