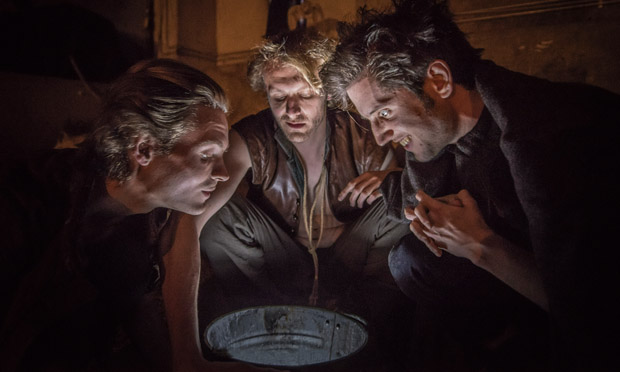 Shakespeare’s Shoreditch: The Malachites will be on hand for theatrical workshops

Families are being invited to join archaeologists and actors to help excavate the site of Shakespeare’s Curtain Theatre before it is incorporated into a new 37-storey luxury development.

Remains of the 16 century theatre in Shoreditch were rediscovered in 2011 during a trial excavation for the development.

As the 400th anniversary of Shakespeare’s death approaches, archaeologists at the Museum of London Archaeology (MOLA) are preparing a detailed excavation of the Curtain Road site before construction workers move in.

To mark the occasion, MOLA is putting on free events on 30 April and 1 June where children and parents will be able to excavate Shakespearean artefacts from dig boxes and take part in theatrical workshops with Shoreditch’s Shakespeare company, The Malachites.

The original theatre opened in 1577 and hosted early performances of Romeo & Juliet, as well as the premiere of Henry V. It subsequently closed down in 1622 after an economic downturn and was buried beneath a goods yard.

The Stage development, run by Galliard Homes, will include 412 apartments, retail and office space and a large central plaza, which will incorporate a sunken amphitheatre from the ruins of the theatre.

The family excavation drop-in event is part of a programme of events to celebrate the anniversary that includes a guided walk around Shakespearean Shoreditch.

David Divers, Project Manager at MOLA, said: “The excavation of Shakespeare’s Curtain Theatre will be a historic event, not only for archaeologists but also for historians, Shakespearians, thespians and the local community.

“It is an exciting dig that will potentially unveil the hidden history of one of the least historically documented theatres, as well as life in Shoreditch in the late 16th and 17th centuries.

“These events are an opportunity for families to share in the excitement. We hope to encourage the next generation to get hands-on with history by trying their hand at being an archaeologist for a day.”

The Dig Shakespeare event will run between 10am and 3.30pm. More information at mola.org.uk/events

This article was amended at 18.19 on Monday 11 April 2016. The original article stated that the Curtain Theatre staged the premiere of Romeo and Juliet. In fact play is widely thought to have been first performed at The Theatre, another Elizabethan playhouse also based in Shoreditch.