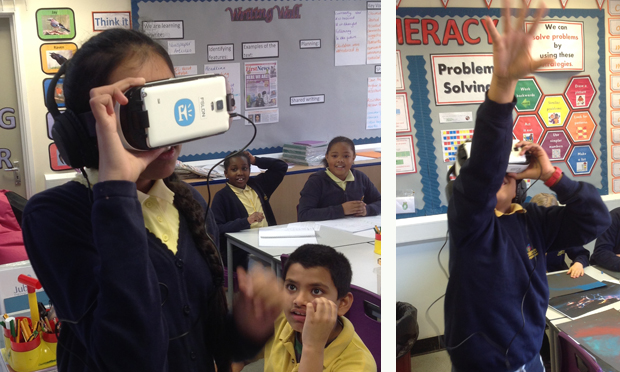 Primary school pupils were invited into the world of their favourite films last month as a computer animation team showed them the ropes of the business.

Jubilee Primary School, in Stoke Newington, invited the computer animation company Framestore to give pupils a behind-the-scenes look at the making of films including Paddington and Harry Potter, showing the children how maths and science are used in animation and special effects.

Greta, 10, said: “I thought it was really cool how you could see a different world, not this world.

Another pupil, Bertan, 10, added: “There was a robot jumping at me! I froze in the middle.

“I was on my knees begging! Best day of school!”

Framestore is known for its work on a number of blockbuster films, including Gravity, for which it won an Oscar for visual effects in 2014.