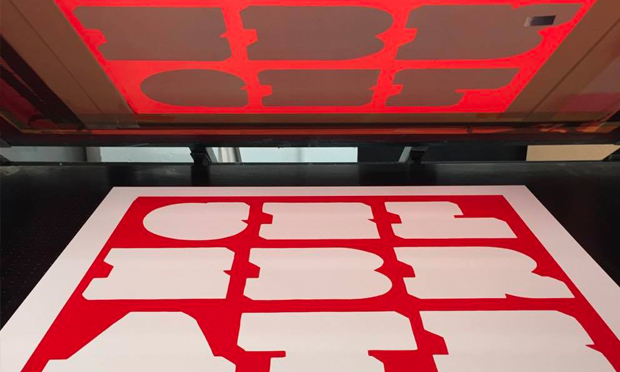 The Big Issue will celebrate its 200 millionth copy sold with a one-off exhibition of work by street artist Ben Eine in Shoreditch.

In the 25 years since it was founded by Lord John Bird, the magazine has given some of the poorest people in the country the opportunity to form mini-enterprises, buying copies for £1.25 and selling them on to the public for £2.50.

The organisation estimates its vendors have earned more than £100m with an additional return to society of almost £500m.

Editor of The Big Issue, Paul McNamee said: “John always thinks big but I don’t think even he would have seen 200 million sales.”

To mark the milestone, the magazine has teamed up with Jealous Gallery, Shoreditch, to showcase Eine’s new ‘Celebrate’ prints from 8 April – 10 April.

The new works, 150 of which will be signed and numbered by the artist, are in-keeping with the style of Eine, who is known for his block letters on shop shutters.

Eine said: “I am honoured to be able to be in a position where I can give something back and The Big Issue is an organisation that I feel passionate about. Any of us can become homeless pretty easily.”

Russell Blackman, Managing Director of The Big Issue, said the social impact of the magazine has been “profound”.

“200 million copies sold is an incredible landmark and testament to all the vendors that have stood out there, in any weather, running their own micro-enterprises with a sense of dignity.”

A special edition of the magazine will be available from 4 April, with three collectable editions featuring different Eine prints on the cover.

The exhibition will open at Jealous East at 10am on Friday 8 April, before the public launch at 6.30pm.