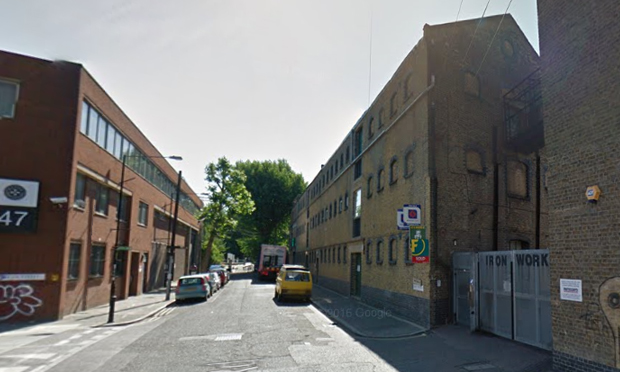 Campaigners are up in arms over the proposed “partial demolition” of the Swan Wharf stable block in Hackney Wick.

According to plans, the south and west walls of the Edwardian structure facing Dace Road will be retained with the rest of the building demolished and a new development built in the space.

Built between 1906 and 1912, the block is part of the Fish Island and White Post Lane Conservation Area.

The planning authority for Hackney Wick is the London Legacy Development Corporation (LLDC), which took over powers in the area from Tower Hamlets Council in October 2012 following the London Olympics.

According to the East End Waterways Group (EEWG), a heritage organisation, the buildings in the conservation area tell the story of the “transition” in industrial architecture.

Between the late nineteenth and early twentieth centuries, cast-iron frames were replaced by steel and the work of horses in the stable block was replaced by machines.

“They were not only built during the 40-year transition (1880-1920) but also during the period in which the Lower Lea Valley became the largest waterside industrial area in London,” Tom Ridge of the EEWG wrote in an objection to the plans.

“When London was the largest industrial city in the world and the world’s greatest port.”

Mr Ridge later added: “Of the few remaining buildings in this waterside industrial area where goods were brought by barge from the docks to the various waterside works, this is the only building that is left that was used to stable cart horses and probably what are called towing horses.

“So in other words it’s almost emblematic of the waterside industrial area. Therefore, the LLDC should be making extra efforts to keep this building.”

Craig Rought, director at Constable Homes, the developer making the planning application, said: “We have submitted our proposals for 60 Dace Road [the stable block] to the London Legacy Development Corporation (LLDC).

“At this time we are working with planning officers at LLDC to finalise the submission before it goes to the planning decisions committee.

“The site presents an exciting opportunity to create new commercial space including affordable workspace, a restaurant and new homes, overlooking the Olympic Park.

“Our plans have been sensitively designed by award-winning architects, Studio Egret West.  They build on the historic legacy of Fish Island and will create a new chapter in the life of a building that is falling into a state of disrepair.”

The LLDC refused to comment on the plans as they have not been tabled at its planning committee.