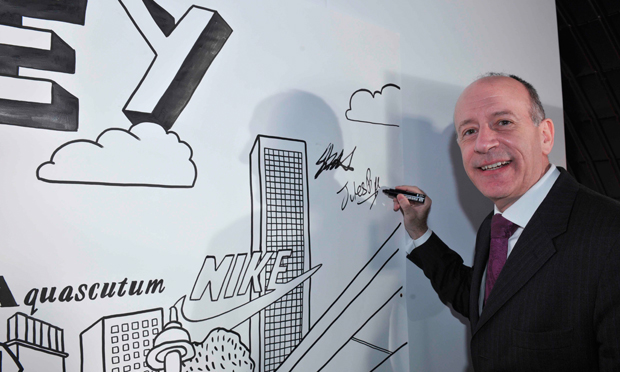 A brand new “designer fashion hub” in the heart of the borough is to officially open next month.

Nike, Joseph and MatchesFashion.com are among retailers with units in the new outlet, located under recommissioned railway arches between Homerton and Hackney Central train stations.

Its 12 retail units will also include a restaurant and cocktail bar by Broadway Market manager Alistair Maddox, and another eaterie from chef Magnus Reid of Cream in Shoreditch.

The project received £2m from the Mayor of London’s post-riot generation fund and £3.3m from Network Rail. 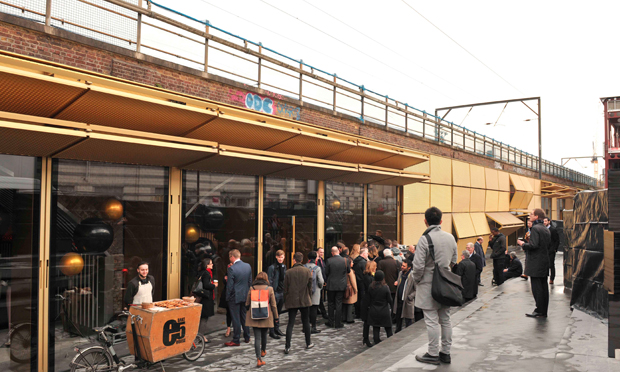 The ‘topping out’ ceremony on Tuesday (8 March) was attended by Hackney’s mayor Jules Pipe, and Sir Edward Lister, Deputy Mayor of London for Policy and Planning.

Mayor Pipe said the hub represented “a clear ambition to create local opportunity” and that it “would build on Hackney’s proud tradition as the home of creativity and cutting-edge design”.

However Hackney fashion designer Katharine Hamnett CBE said it was “hard to see” how Hackney Walk would help the local fashion industry.

She said more opportunities were needed for local designers to display and sell their wares: “They’ve got Joseph and other brands, but they’re not exactly made locally, are they? It would be nice if they made 12 opportunities for the local fashion industry rather than just one.

“High rents make it impossible for small young businesses to even get a foot in the door. The rents are astronomical. And if we’re attracting all these tourists, it’s passing trade that local designers could take advantage of if they were given the opportunities to display their wares.”