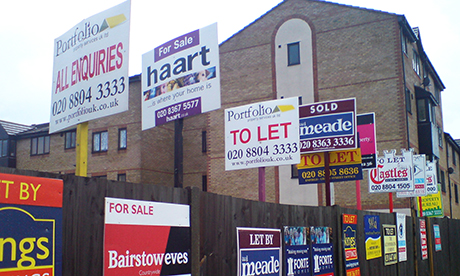 Renters from across Hackney are calling for an end to the “discriminatory” practice that allows private landlords to deny a home to those claiming housing benefit.

The number of claimants of housing benefit, often referred to as ‘DSS’, has increased dramatically in Hackney during recent years due to the rising cost of rented accommodation.

In a recent survey Digs, a campaign group which fights for renters’ rights in Hackney, contacted 50 local letting agencies, finding just one property available to those who claim housing benefit.

Heather Kennedy, a member of Digs and organiser of the group’s ‘Yes DSS’ campaign said: “We will no longer tolerate this kind of naked discrimination in our community, from agents and landlords making huge amounts of money from people just desperate to find somewhere to live.”

Out of the 50 agencies contacted, 21 said it was company policy not to accept DSS tenants, 20 admitted it was very rare and not preferred by their landlords, and a further nine agencies declined to answer.

Digs claims that the answers letting agencies gave them when asked about housing DSS tenants ranged from “We don’t have properties for that clientele,” to “We mainly serve Zone 1 and 2 and landlords here, who prefer working professionals. You’d have a better chance in Zones 4 and 5.”

Ms Kennedy said: “Where in the landlord rule book does it say that careers, disabled people, single parents or people on low incomes make bad tenants?

“We would like them to remove blanket ‘no DSS’ policies.”

Private rents swallow on average 59.9 per cent of renters’ wages in Hackney, placing it as one of 15 places in London where rent is more than half the average annual wage.

According to House of Commons statistics the number of people claiming rent to cover housing costs has doubled in the past five years.

“Where are all these people expected to live? With home ownership far beyond the reach of normal people and no access to social housing, the private rented sector is the only housing option,” Ms Kennedy added.

Digs will be kicking off its ‘Yes DSS’ campaign this Saturday with a march through Hackney, targeting a series of letting agents who refuse to let to people on housing benefits.

Hackney Council, which supports the ‘Yes DSS’ campaign, is pushing the government to pay housing benefits directly to landlords, in an attempt to open up the market to DSS claimants.

Cllr Philip Glanville, cabinet member for housing, said: “Amid on-going cuts, local authorities like Hackney continue to do all they can to help improve conditions. However, we are also asking the government to modernise legislation to give all those involved a fair deal.”

The protest organised by Digs will start outside Hackney Town Hall this Saturday at 11am.

This article was amended 13:00 on Friday 26 January 2016. The original article showed a photograph of the Pembury Estate. This has been replaced with an image of estate agents’ signs. – Ed.