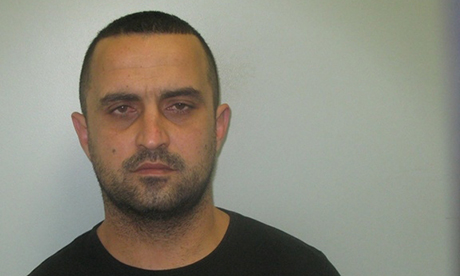 A terminally ill prisoner has been granted release on compassionate grounds with just a few days left to live.

Sabri Karatas, 36, an HMP Pentonville prisoner, is being treated for the final stages of bowel cancer in St Joseph’s Hospice.

His brother Ali told the Hackney Citizen that Sabri Karatas is now in a coma and requires constant care. Last week doctors gave him just 10 days left to live.

On 5 October the Karatas family’s solicitor submitted an application for early release of Mr Karatas from his 12 year sentence on compassionate grounds.

Yesterday the National Offender Management Team (NOMS), a division of the Ministry of Justice, granted the request and Mr Karatas was released at 4pm.

Commenting on his brother’s release, he said: “I was happy but I was crying on the inside. I was angry. They should have done it well before. Because they delayed it, his life is wasted.”

In May this year Sabri Karatas, from Homerton, was sentenced to 12 years’ imprisonment after pleading guilty to conspiracy to supply 20 kilos of heroin, and three firearm offences.

Until this week Mr Karatas had been handcuffed to a prison officer at all times and watched by two guards while in the hospice, the Hackney Citizen reported yesterday.

Mr Karatas’s solicitor, Ozlem Erbil Cetin, described her client’s release as a relief. “It’s been a very stressful time for Sabri Karatas himself and the family.

“He was in such a state and yet he was chained to security guards at all times when he was in constant pain. The Karatas family can enjoy together the little precious time he has left.”

Ali Karatas is calling on the HMP Pentonville governor, Kevin Reilly to resign over the way his brother has been treated.

He claims Sabri was sent back to prison just five days after having major surgery, and that the prison prevented the correct administering of his chemotherapy treatment.

He said: “I raised the issue with the prison so many times. It seems like Pentonville is run like a banana republic.”

Mr Karatas has written to Turkish and Kurdish community groups and media and hopes people will join his family for a demonstration outside Hackney Town Hall tomorrow at 3pm.

“We are not going to let this matter drop. I don’t want the same thing to happen to anyone else.”

A Prison Service spokesperson said: “Compassionate release is only granted in exceptional circumstances and is subject to very strict criteria — the primary consideration being that it will not put the public at risk.”