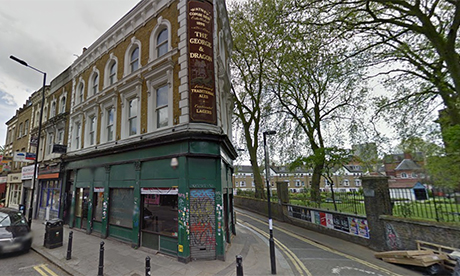 The owners of a Shoreditch gay pub have announced it is closing following a “dramatic” rent hike.

The George and Dragon on Hackney Road opened in 2002 and has a large LGBTQI following.

It is the latest in a spate of gay pubs in and around the Hackney Road area which have been shut down or changed ownership.

In February 2014 iconic venue The Joiners Arms closed, although a campaign launched to save it successfully won the pub Asset of Community Value status.

The Nelsons’ Head off Columbia Road also closed down as a gay pub in February though the pub has since reopened under new management.

Owner Richard Battye said in a statement to his customers: “we don’t feel we can meet the payments and keep The George & Dragon as it is so we have decided, a little earlier than intended, that now is the time to wrap things up.

“It is possible that someone out there may have the vision and the money to keep something of the spirit going – which would be a dream.”

Charlotte Gerada, speaking on behalf of Friends of the Joiners Arms said the campaign was “incredibly saddened” to hear the pub was closing.

“It’s yet another victim of rapid gentrification in London that’s seeing important spaces for minority groups destroyed for the sake of maximum profit.

“With so few queer venues now in existence in the East End, politicians and local councils should be acutely aware of the detrimental impact the mass closure of queer venues and spaces is having on the health, safety and social well-being of their residents.”