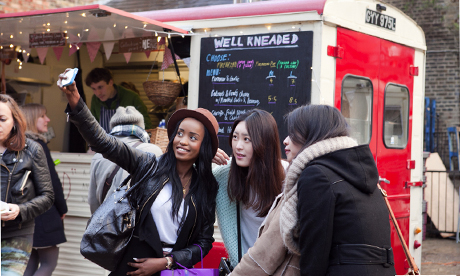 Owners of some of Hackney’s most popular venues have accused the Town Hall of being “anti-youth and anti-fun” over its plans for a 12am cut-off for new bars and nightclubs.

In Hackney Council’s proposed Licensing Policy, new bars or pubs will be only be allowed to serve alcohol until 11pm from Sunday to Thursday and until 12am on Fridays and Saturdays. New off-licences would have to close at 11pm.

Beyond these core hours “a case will have to be made” by the applicant which will then be considered on its merits.

Under the proposals, new restaurants in ‘Major Town Centres’ such as Dalston would be able to serve alcohol until 1am.

Other changes include the extension of the Shoreditch Special Policy Area (SPA), a zone established to control the growth in the number of licensed premises, and the relaxing of hours within Dalston’s SPA to “encourage restaurants and cultural activity”.

But local bar owners and restaurateurs have slammed the new policy, saying the proposals will “stagnate” the renewal of the night-time economy and scupper the chances of young entrepreneurs.

Jonathan Downey, Partner in Haggerston restaurant Rotorino and Dalston Street Feast said: “They say there will be ‘exceptional circumstances’ where a licence would get approved.

“In practice that means one or two sites a year where a hotel has invested £2 million in a scheme, and they won’t build it unless they can get a 1am licence.”

Downey said the council’s proposed policy discriminates against Hackney’s younger residents and its gay population, and accused the council of being “anti-fun and anti-youth”.

Steve Ball, owner and CEO of The Columbo Group, whose venues include The Cat and Mutton on Broadway Market and The Nest in Dalston, said the policy did not fit with a 24-hour city.

“No new bars being allowed will remove from young entrepreneurs the opportunity to do things better than the old guard. It is important that the next generation has access to the same opportunities.”

Dan Beaumont, owner of Voodoo Ray’s, Dalston Superstore and Dance Tunnel said: “Hackney is London’s most creative, innovative, borough. Our licensing policy should embrace the future and the 24-hour city.

“By trying to regulate based on outdated ideas of people’s lives this policy could create more social problems than it solves.”

But Chair of the Rio Cross Residents Association Ursula Huws said the new hours would not affect the SPAs as they have their own guidelines, but that the proposed policy did not go “far enough”.

“It is not just about extending hours – we already have places that go virtually all night – what we want to see is a restriction on new licensing.”

Huws said the relaxing of hours for restaurants in Dalston was “hypocritical”: “There is a view in certain sections of Hackney Council that the night-time economy needs to go upmarket.

“So what they need is more restaurants with food for middle-class, middle-aged people but that does nothing to stop the flood of incomers.”

“Hackney Council is playing a game of scissor, paper, stone between the night-time economy, the daytime economy and between residents. These three constituents are being pitted against each other and something has to give – it’s a car crash waiting to happen”

Hackney Council’s Licensing Chair Emma Plouviez said: “Every new licence application will be considered on its merits, and if someone has an idea we want them to come and talk to us about it.

“We are very clear that these are guidelines, intended to help secure well-managed, appropriate and attractive venues in all the different areas of Hackney, that I know everyone wants to see.”

← Tributes pour in following death of Joe Lobenstein MBE aged 88Dressed as a Girl: the inside story of East London's alternative drag scene →