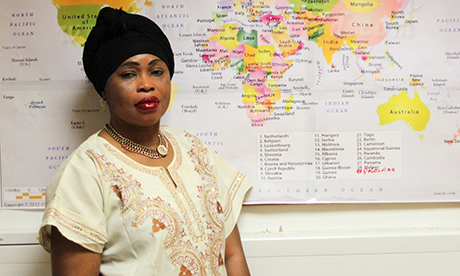 Female genital mutilation (FGM) campaigners have urged Hackney Council to “do more” after more than 3,000 girls in the borough were identified as at risk.

The partial or total removal of the external genitalia, illegal in the UK since 1986, is carried out by some African, Middle Eastern and Asian communities and causes significant health problems, ranging from severe pain and emotional and psychological shock, to chronic infection and death.

Data from a 2014 Hackney Learning Trust enrolment survey for primary and secondary schools estimates there are 3,100 school-aged girls at risk in the borough.

The figures were part of a report from the council’s Children and Young People’s Scrutiny Commission, in which Director of Public Health, Dr Penny Bevan, said there has been “no systematic approach to tackling FGM in Hackney”.

The report stated there were eight micro Voluntary and Community Sector (VCS) organisations involved in campaigning against FGM and supporting girls and women, but that there was a lack of infrastructure and funding to support them.

More conversations about FGM needed to be had in the affected communities, the report recommended. Chair of the commission during the investigation, Cllr Louisa Thomson, said the roles of councils in eliminating FGM was “critical”.

Hawa Sesay is an FGM campaigner and human rights activist who has lived in Hackney for 26 years. She is the founder and leader of The Hawa Trust, an organisation committed to eradicating FGM in the UK. According to Sesay, the council is not doing enough . “I want a place where survivors could come, and talk about their FGM experience. We need a clinic in Hackney to be open now,” she said.

Sesay says education is key in tackling FGM in Hackney. “Tell them the law, that you can’t do it here. That you can’t even take your daughter to an African country to have it done.”

Fatoumata Jatta is an FGM survivor and campaigner. She believes Hackney should be leading the way in terms of tackling the issue “properly and with sensitivity”.

Ms Jatta said:  “As someone with personal experience of FGM I feel that it is incredibly important for survivors to be able to speak up if they want to and not be ashamed of what has happened to them.

“Though I come from an incredibly loving and supportive family, and though my parents disagree with the procedure, my grandmother had me cut as a baby thinking she was doing the right and best thing by me.

“In the past year I’ve come to terms with what that has meant for me, feelings of loss and shame, loss of power, then realising I have nothing to be embarrassed about.”

A spokesperson for Hackney Council said: “Building on the work which the Children and Young People’s Scrutiny Commission identified, Public Health, in partnership with the City and Hackney Safeguarding Children Board, is developing a multi-agency strategy to tackle and prevent FGM locally. This strategy will also support those who have or are at risk of undergoing FGM.

“Our message is clear: FGM is an abhorrent and illegal form of child abuse that is not tolerated, and we will work together to help prevent it.”

← Korean food in East London: Kimchi the best!Hackney has the highest rate in UK for young people with chlamydia →