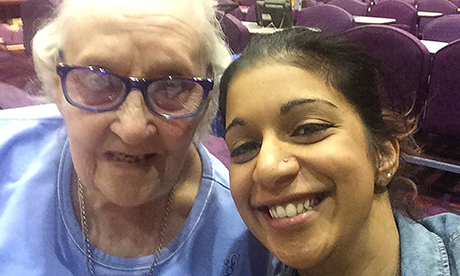 Bingo lovers are preparing for a “devastating” loss after hearing that Mecca Bingo on Hackney Road is to close its doors.

The last session at the iconic bingo hall, which has been operational for almost 65 years, will be on 16 June.

The building, which was completed in 1938, operated as an Odeon cinema until 1951, when it was converted into a bingo hall.

In a letter to members last month, the club stated it had received a “competitive offer from the landlord to terminate the lease” and that the move makes “good commercial sense” for the business.

Mecca Bingo Hackney Road survived the main slayers of club bingo – the burst of online bingo in 2004 and the smoking ban that came into force in 2007 – but were made an offer they could not refuse by its landlord to surrender their lease, which was not due to expire until 2021.

“The club makes minimal profit – visits and admissions have been in decline for some time,” Lesly Clifford of Rank Group, which owns Mecca Bingo, told the Hackney Citizen.

The property owner, Pluto Leisure Properties Ltd, purchased property, which is part of the Hackney Road Conservation Area, for £5.5 million in December 2014.

But Mecca Hackney regulars have criticised the handling of the closure, telling the Hackney Citizen that it will cut a lifeline for members, many of whom have frequented the club for decades and rely on it to make and maintain friendships that have become central to their lives.

After the closure, the closest Mecca venues will be in Stratford and Camden Town, a taxi ride away for most Hackney Road players, many of whom are elderly or mobility restricted.

“We were told of the closure with exactly 28 days’ notice and advised of the other locations where we could go and play – Stratford and Camden,” says 29-year-old Arunima Misra, a wheelchair user who joined the club eight months ago after a relationship break-up.

“Both locations are too far for Dial-A-Ride and cost more than £10 by taxi each way. This is not money which these ladies have to spare.”

Rank Group has said it is “trying to organise transport for customers to travel to neighbouring clubs” and will be organising a welcome party for Hackney Road customers at Mecca Camden.

But for members old and new, the move is “devastating friendships” and marks the end of an era which will see many active members staying at home “staring at the walls”, says Arunima. 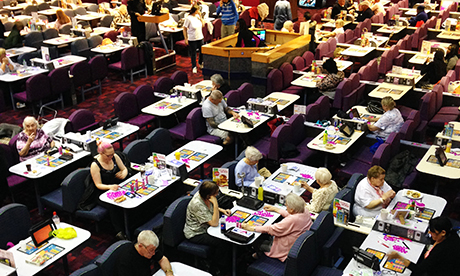 Closing: ‘Struggling’ Mecca Hackney Road on one of its final nights as a bingo hall

Members at Mecca Hackney have resigned themselves to the fate of the building, and have witnessed the long decline of club bingo. Around 200 clubs in Britain have closed since 2005.

Numbers may be down but on a recent Tuesday the vast space was packed, with the usual suspects in attendance.

Regulars were armed with a bingo pens, a pocketful of change and personal effects – recent pictures of the grandchildren to share, fruit to snack on and, in one case, a framed photograph of a cat, presumably for good luck.

Among them was Arunima and her frequent bingo companion, 88-year-old Joyce Allen, a straight-talking firebrand who has been coming to the Hackney Road building for 71 years, when it was still a cinema she came to on first dates. Arunima credits Joyce as “the only person who spoke to her” when she first joined.

Joyce and her oldest bingo friends Julia and Sheila met some 20 years ago in the hall. All three have survived breast cancer with the support of each other.

“We’re on a bit of a losing streak recently,” she says. “It’s like breaking up a family.”

Joyce recalls a time when she would come to play seven days a week, and women would sell silk blouses and skirts from their seats during breaks from play.

“The bathroom was like a fashion parade,” she recalls.

But for many Mecca members, playing online is not a viable alternative. While Arunima admits she has “won big” since she joined, an evening at Mecca makes clear that these players aren’t in it for the cash.

“We do not go to Hackney Road for the money, or for the thrill of gambling, or for that ‘next big win’. We go for conversations, to see a smile, to laugh, so that we do not have to sit at home mourning our lost loved ones and to see our friends. In many cases, friends who have become family.”

Note: This article was amended at 5:20pm on Thursday 26 May 2016. The story originally stated that the building is Grade II listed, whereas in fact it is not.