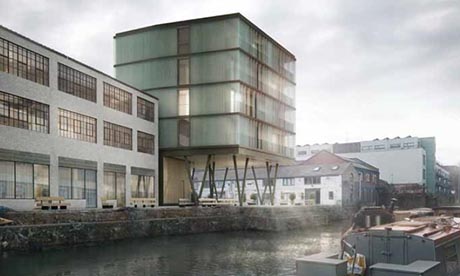 Image of the proposed building.

Canal campaigners and residents have launched a blistering attack on plans for an “alien spaceship” waterfront development they say will force out the local community.

Friends of Regent’s Canal, a group which promotes the benefits of the waterway, has launched a campaign against the proposal for a raised six-storey structure opposite Kingsland Basin off Orsman Road.

CMA planning’s application, submitted on behalf of applicant Orsman Properties LLP is for a mixed-use development including seven luxury flats and new workspace.

In planning application documents CMA Planning states that the proposals have been “sensitively designed in response to a detailed analysis of the site and local context”.

But the canal campaign group argue that the building, which falls in the Regent’s Canal conversation area, will overshadow the neighbouring industrial buildings and cottages and will only provide three new homes. 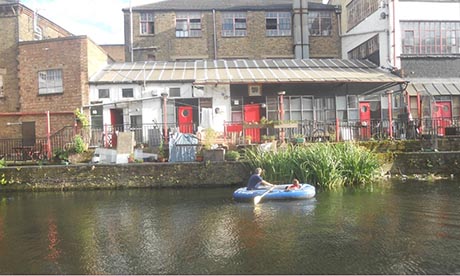 Existing studios next to the proposed six-storey building.

Residents living in Canalside Studios, directly behind the proposed structure, have said the building is being built on land currently used as communal outdoor space, and that the proposed building would cast their homes into shadow.

“It is sanitising the landscape, putting decking where there should be grass. It totally dominates and will boot out four homes which will be turned into commercial space. There is already a community that exists here.”