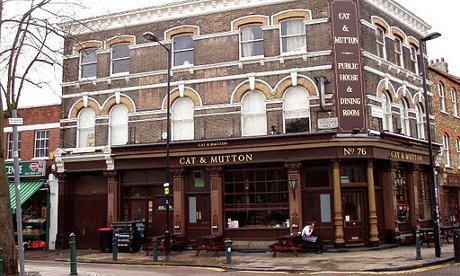 The Cat and Mutton at Broadway Market. Photograph: Ewan Munro

A homelessness charity has warned that a new zone which bans anti-social behaviour in designated Hackney ‘hot spots’ will criminalise homelessness.

The council’s new Public Space Protection Order (PSPO) allows police or council officers to ask people to stop ‘anti-social activities’ such as begging, sleeping rough in doorways or drinking alcohol in the street.

Those who breach the order, which covers the areas of Hackney Downs, London Fields, Broadway Market, Mare Street and Regents Canal, could be issued a £100 fixed penalty notice or a fine of up to £1,000.

The Council has said that enforcement of the order will always be a “last resort” but its critics argue the ban will effectively “criminalise” homelessness and that rough sleepers will simply be shunted into another borough.

Chief Executive of national homelessness charity Crisis, Jon Sparkes, said: “Any moves to ban and criminalise rough sleeping will be counter-productive and only make it harder for people to access the dedicated support they need to move away from the streets for good.”

Connor Johnston, a Hackney resident and barrister who specialises in homelessness said the Council’s move was “disappointing”.

“There is nothing inherently anti-social about a person not having a roof over their head and being forced to sleep rough and we should not be criminalising it.”

“Unfortunately that is precisely what this order is doing – under the act a person who fails to comply with the order is liable to prosecution.”

But Kay Zell Huxley, a duty manager at the Cat and Mutton pub on Broadway Market, said that anti-social behaviour from street drinkers outside the pub was “a big problem”.

“We get a lot of vagrants hanging around. They respect the businesses and the pubs and are generally well behaved but we would certainly benefit from it [the PSPO]. It can be intimidating for people outside.”

The Council claims that local businesses and residents in the area welcome the PSPO’S introduction but there was no formal consultation ahead of its implementation.

Andrew Veitch, Director of the Broadway Market Projects CIC (Community Interest Company) said the group was not consulted on the order. When asked what he thought of the new order he said he was “in two minds”.

“On the one hand we are glad that this [the PSPO] has happened because our customers are less inconvenienced, but on the other we do not support social cleansing.”

The Manifesto Club, which campaigns “against the hyper-regulation of everyday life” is vociferously against the Anti-social Behaviour, Crime and Policing Act 2014. Its director Josie Appleton describes PSPOs as “blank cheque powers”. 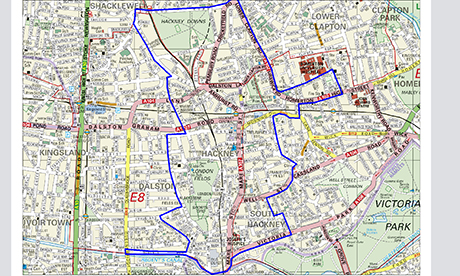 Cllr Sophie Linden, Deputy Mayor, said: “The level of street drinking, persistent rough sleeping and the associated anti-social behaviour in the area reached the point that we had to take further action on behalf of local residents, community and businesses.

“We introduced this order after trying for months to deal with anti-social behaviour in the area – including offering support, housing and advice to those that are persistently sleeping rough. Enforcement action will always be the last resort.  We will continue to make sure anyone who is sleeping rough is offered professional help and support.”

← Historian looks into the 'tamed wildness' of Victoria ParkHoxton artists given ultimatum: support demolition of studios or leave →