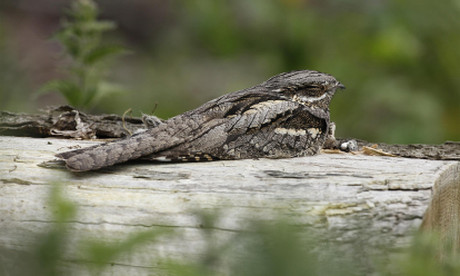 One of Britain’s rarest wild birds has put in a surprise appearance on Hackney Marshes – to the joy of avian enthusiasts.

The nightjar, a mysterious nocturnal creature that is normally almost impossible to see because of its camouflage, was spotted roosting in plain sight on the branch of an elderberry tree, where it stayed for several days.

No sooner was its presence in the Middlesex Filter Beds part of the marshes discovered late last month than a flock of twitchers swooped to a nearby patch of greenery, where they observed it from a respectable distance.

The nightjar is renowned among ornithologists for its bizarre call. According to ancient folklore it sucked the milk from goats (its Latin name means ‘goatsucker’) – a misconception which may have arisen because it eats insects that inhabit farmland. 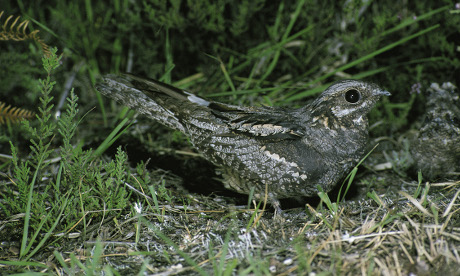 The migratory bird, which winters in Senegal, is now very rare in Britain and is on the Royal Society for the Protection of Birds’ (RSPB) red list of the most endangered species.

The best chance of seeing one is on heathlands in Thetford Forest or the New Forest, and seasoned “birders” were amazed to find one so close to central London.

The animal remained on the marshes for three days, roosting on the same branch during the day and flying off to hunt at exactly 7.15pm each night.

Tim Webb, the RSPB’s London communications manager, said: “It’s fantastic and quite amazing that it was there. I expect it was passing through rather than breeding. If it was breeding, that would be quite remarkable. It also means it would be vulnerable there on the open marshes.”