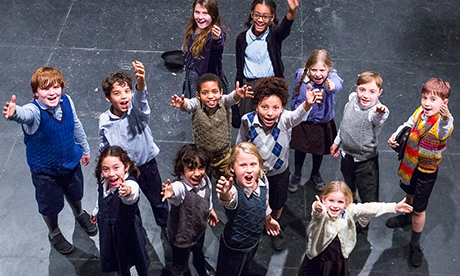 A leading theatre company has launched a renewed hunt for a new home in Hackney following 11 years “in the wilderness”.

The Tower Theatre Company – known affectionately as simply ‘The Tower’ – has been without a permanent base since losing the lease in 2003 on the home Canonbury Tower, in neighbouring Islington, where it had staged productions for over 50 years.

In 2009 the company announced ambitious plans to build a multi-million pound new theatre on the site of a long-lost Elizabethan performance space in Shoreditch, but these plans have since collapsed.

Another Tower proposal involved setting up a new permanent base in the Mildmay Club, Newington Green, but this has so far come to nothing.

For a while The Tower was looking at potentially trying to buy the New Lansdowne Club building in Mare Street, but it lost out to a big developer.

The company has been peripatetic for the last 11 years and has staged productions at various small theatres across London.

Dalston resident Sarah Ambrose, who is leading the hunt for a new property, said: “We’ve got lump sum and have ring-fenced it specifically for the purchase of a leasehold or extremely long freehold.

“What I think we can bring is a huge benefit to the community.

“Now we don’t have our own theatre we are so disparate that it is quite difficult to do those things.”

Widely regarded as one of the foremost amateur theatre companies anywhere, The Tower produces professional-standard productions of up to 18 plays each year by dramatists ranging from Samuel Beckett to Stephen Sondheim.

Other areas the company is looking at moving to include Haringey, Camden and Islington.

Ms Ambrose said: “Hackney Council is welcoming to us in as much as they would like us in the borough, but they are not going to magic something up for us.

She added: “I have found Hackney to be the most supportive of the boroughs I have been talking to.”

The Tower is completely self-sufficient and is run on membership subscriptions and tickets.

All actors, directors and technical crew are volunteers.