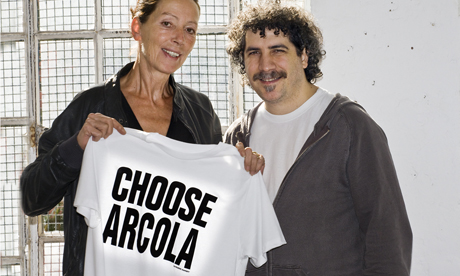 Important note: a meeting relating to the campaign outlined in this story was originally due to take place this Saturday at Pub on the Park. The venue and time have now changed, and the meeting will now take place at St Michael and All Angels London Fields Church Hall, Lansdowne Drive, E8, from 1pm-2pm this Saturday (17 May).

A famous fashion designer has voiced outrage at Hackney Council’s enthusiastic use of a controversial pesticide that environmentalists blame for health problems.

Katharine Hamnett CBE, who lives near Hackney Central, is infuriated that park keepers have allegedly been seen sprinkling the wildflower meadow in London Fields with potentially harmful weed killer glyphosate over the past two weeks.

Some tests on animals have suggested a link between glyphosate and infertility, though industry bodies insist there is no evidence harmful effects are caused by the weed killer, which has been in use since the 1970s and is marketed as ‘Roundup’ by biotech giant Monsanto.

But Ms Hamnett, who was made a CBE in 2010 for services to the fashion industry, is so concerned about the chemical, which she describes as a “poison”, that she has been handing out flyers in London Fields warning people not to walk or picnic within 100 feet of the wildflower meadow.

The flyer states: “Spray can drift from the area being sprayed 60ft upwards. It would be advisable for everyone to give the area surrounding the wildflower meadow a wide berth.

“Sitting on the grass, eating with your hands near an area that has been sprayed with herbicide is the shortest route to ingesting it bar drinking it straight from the bottle.” 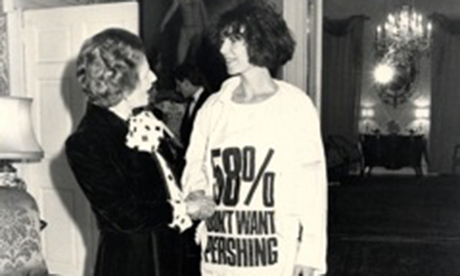 Longstanding campaigner: Katharine Hamnett meeting then Prime Minister Margaret Thatcher in 1984, when she hijacked a Downing Street reception for fashion designers to make an anti-nuclear statement

Hackney Council spends £40,000 each year on dousing our streets with glyphosate.

Research by Friends of the Earth concluded the chemical has entered the food chain and water system and is widely present in the urine of Londoners.

Ms Hamnett has called for workers for the council’s contractor WeedFree to be given masks as a precaution.

She said: “The people who are spraying it are not wearing any kind of protective masks. I’m really concerned for their welfare as they are getting huge doses.”

The irony of using a commercial weed killer to grow a wildflower meadow has not been lost on opponents of glyphosate.

Spraying the meadow with the chemical was “completely unnecessary”, Ms Hamnett said, adding: “All you need to do to lay the meadow is to plough.” 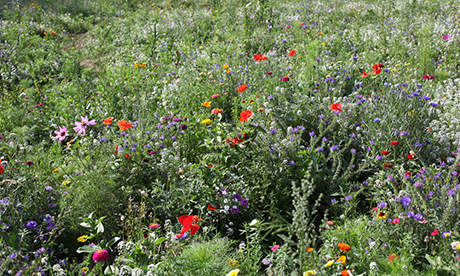 Too pretty to be a biohazard: The London Fields wildflower meadow in bloom last year. It is currently being re-seeded, and council workers have allegedly been spraying it with glyphosate to remove weeds. Photograph: Hackney Council

Environmental campaigner Caroline Day of group Save Lea Marshes said glyphosate is being “indiscriminately used” in areas of the Lee Valley Regional Park that are listed as Sites of Special Scientific Interest because of their value for nature conservation.

She said: “It is being used in parks, on estates, in agriculture and by Network Rail to keep the railway lines free of weeds, so our exposure to it is now really enormous. Evidence suggests our health is being put at risk as a result. This is an absolutely crucial issue and I am delighted that Katharine Hamnett is taking this stance and organising a campaign.”

Campaigners against glyphosate are holding a public meeting this Saturday when they will call on the council to ban the chemical. 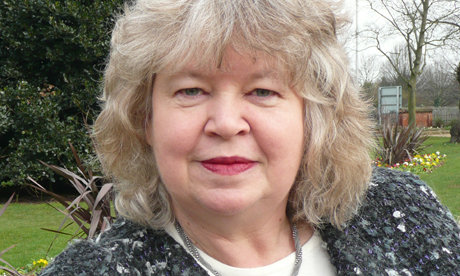 Green Party politician Jean Lambert, who will speak at the event, said it highlighted “growing concern” about the use of glyphosate in London Fields, adding: “As summer looms, and we can expect to see the return of hundreds of young picnickers sitting on the grass near sprayed areas, the issue is one of increasing importance.

“Next year the European Parliament will review the legality of current uses of ‘Roundup’ and will examine the health impacts of its use in parks and built-up areas. I will argue that it should not be used in parks. I look forward to meeting many local park users at the meeting: please come along!”

Some ecologists fear glyphosate may be harmful to amphibians and could be linked to a sharp decline in bee numbers, though respected Hackney entomologist Russell Miller says he has seen no evidence proving this.

Hackney Council did not respond to an emailed request for comment, but the Town Hall has previously said it uses glyphosate because it is more expensive to remove weeds by hand, adding there is no evidence using glyphosate to target weeds presents dangers to the environment or human health.

Syd Bolton, who lives near London Fields, is in the process examining paperwork from the council to check whether its use of glyphosate is in keeping with guidance stating local authorities’ use of pesticides must be “proportionate” and that other ways of removing weeds should be considered.

Mr Bolton, who said this guidance amounted to a ‘no spraying unless you have to’ stance, said: “Hackney Council’s policy in how it implements the use of pesticides in public areas is unclear. Whether or not this particular product is injurious to public health, the rules that exist – national-level guidance that has been endorsed – call for particularly careful arrangements around the spraying of pesticides in public areas which are very detailed.”

Campaigners hope to challenge the council if it is found it did not follow best practice around the use of pesticides in parks.

Kim Wright, Corporate Director for Health and Community Services at Hackney Council, said: “This product has been declared safe and environmentally friendly by government and it is used by councils across the country for weed control as well as being widely on sale to the public.”The council said its gardening staff use glyphosate in the form of Roundup Pro Biactive to control weeds on paths and shrub beds, and in the case of the meadow in order to control the “dominant local, more aggressive weeds that colonised the area”.

A council spokesperson said that if these weeds were not removed it would reduce the chance of colourful flowers growing and added that the Royal Horticultural Society recommends the use of glyphosate for the maintenance of wildflower meadows.

Hackney Council criticised for spending £40,000 to spray pavements with glyphosate