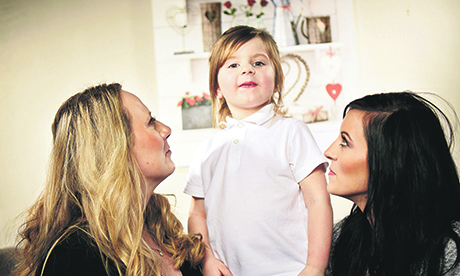 “Most kids in care do want to write their story,” says Jenny Molloy, author of Hackney Child. “I think it’s because when you’re in care everything is written about you, you’re not really allowed to read any of it and you’ve got no control.”

It’s Saturday afternoon. Over the crackling phone line Jenny sounds bright, cheerful and very much in control. Since the publication of the first part of her memoir, which recounts in stark detail a childhood wracked by poverty and neglect, life has changed dramatically for the former project manager.

As well as enjoying a spell in the Sunday Times Bestseller List, the book is on sale in Tesco, Smiths and Waterstones, and has proved a popular choice with Amazon shoppers. With such success Jenny has found herself somewhat in demand.

“I was so inundated with requests from social workers and ministers and all sorts of people to come and help them improve the care system that I gave up my job,” she says. “Now I’m a consultant in the care world.”

Over the past few months, she has been working with both the children’s minister’s office and Ofsted, sharing her considerable expertise to help support vulnerable children.

It would be nigh on impossible to question her suitability for the role. At just nine years old she arrived at Stoke Newington Police Station with her two younger brothers, demanding to see their social worker. She had decided it was no longer safe to live at home. Jenny spent much of the remainder of her childhood in care.

This bold and courageous move took place the morning after a mob of angry neighbours attacked their family home with missiles and graffiti, in response to the news that Jenny’s mother had been working as a prostitute. What the group did not seem to know was that the children were home alone at the time.

“It’s funny, we were never asked about that night the whole time that we were in care. It was never resolved in any of us really,” she explains.

While it seems absurd that such a severe trauma should be left untouched, Jenny is reluctant to criticise the care she received. In fact she is remarkably positive about a system in which she found warmth, comfort and solace.

“I’ve had such serious backlash from so many people about me saying the care system was a positive thing for me,” she says.

“The people that put round the bad stories are generally people who’ve either lost their kids or had a real terrible time, but a lot of the terrible times are to do with your childhood rather than being in care, if that makes sense. You know, you confuse the two and it’s much easier to build resentment on the care system than it is on your parents.”

Jenny’s relationship with her own parents is complex. Contrary to what we might expect from this kind of story, there was always love, particularly from her alcoholic father, who died a few years ago.

“With my dad, he constantly tried,” she explains. “There was never a point that my dad gave up trying to see us kids and trying to show us in his own way that he loved us. But his addiction was so serious.”

As an adult Jenny has had the chance to browse her social services files, keen to learn about her history and get to grips with the story over which she had no control. It was in these documents that she learnt both her parents had been brought up in care, themselves the victims of terrible neglect. This commonality has helped her on the road to forgiveness.

“They had hidden their own childhoods and all that shame and guilt and abandonment that was going on within them,” she says. “They never had any joy in their lives that I saw.”

Despite the empathy she now feels, Jenny has decided not to see her mother anymore and does not know if she has read or is even aware of the book.

Keeping care a secret is something to which the author can strongly relate. She originally wrote Hackney Child under the pseudonym Hope Daniels – on the suggestion of a social worker with whom she is still in touch.

“The reason why I had a pen name was because I was never actually going to be doing any of this, no one was ever going to know I was behind Hackney Child,” she says.

“I’d kept it a secret for all of my adult life from the majority of people I knew, including my kids.”

But in writing the book, she has found the confidence to identify herself as a care leaver.

“The thing that I learnt was that actually I’m all right. I’m not that kind of horrible person – I’m an all right person.

“I’m caring, I’m quite generous, I’m empathetic – all the things that the social workers were to me I’ve carried into adulthood. I would never have been able to describe those sorts of assets to you before the book.”

Jenny explains that she began the book having entered recovery for alcohol addiction five years ago. It was there that she started to process what had happened to her as a child and embarked on the therapeutic journey of writing about her life. What she has produced as a result is honest, unpretentious and shocking.

The often-horrifying memories on which she draws are interspersed with rare but poignant moments of gentle joy. She reflects on the kindness she found in the Hackney community of the late seventies and early eighties.

“I remember having different people that I could go to at all different times, whether it was a lovely, kind person in the library up Church Street or someone in the fire station club. It didn’t matter where we went, we always had adults that were kind to us, that knew us, that took the time to get to know us.”

But returning to Hackney has proved difficult. Jenny moved away soon after leaving care to start afresh and has since struggled with the place where she grew up.

“It’s almost like that life happened to someone else. Thankfully, my life now is so far removed from any connection to our childhood that it really does feel like a different world.

“When I go back to Hackney, in particular Stoke Newington, anywhere I look there are memories of my parents, of things that happened,” she explains. “But it’s a really complex feeling because when I go back there I feel like I’m home, but then I don’t want to be there.”

“I’ve found acceptance, I’ve found forgiveness,” she says. “I’ve found all of these things that I never even considered before. I just thought that was my life – I’ve got all these horrible things from it and I’ve just got to accept that my life is going to be a little bit crap, but actually it’s not.”