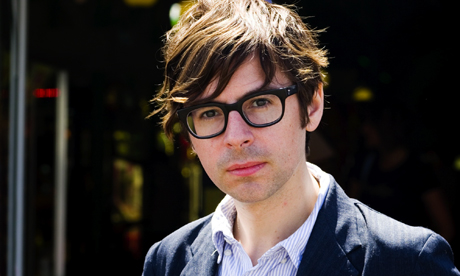 Sometimes it seems one needs the book lover’s equivalent of the Thames Barrier to withstand the avalanche of great stuff being published about London, each tome seemingly focussing on ever more obscure aspects of the city.

In short, every writer wants a piece of this metropolis, not least Travis Elborough.

The Stoke Newington resident and author of London Bridge in America and The Bus We Loved – about London’s love affair with the Routemaster – has co-compiled A London Year: 365 Days of City Life in Diaries, Journals and Letters, a new anthology of short diary entries pertaining to the capital.

It hits the bookshop shelves next month.

As well as the usual suspects like Samuel Pepys, less well-known diarists are featured – odd figures like Fred Bason (1908-1973), whom Elborough describes as “a celeb hound and autograph hunter”.

“His diaries have these extraordinary odd details,” adds Elborough. “There is this account of him walking down Notting Hill when it was a very down-at-heel area and being propositioned by a prostitute who said ‘You can have me and my friend for this sum’, and he said, ‘No, I came out for sun, not sex.’

“Later, when he comes back, he walks down the other side of the street and is approached by the friend who offers them both for slightly more money.

“It’s those extraordinary little bits of detail that are really great.”

There is one or more diary entry for each day of the year, and the breadth of contributors provides an impressionistic portrait of London life from Tudor times to modern times and allows the reader to see their city with fresh eyes.

“You open the book and meet stuff from 500 years ago, and you open another page and you meet something from 10 years ago,” says Elborough.

Until fairly recently, local history was all too often related in the most deathly pedestrian fashion, and if you had asked a bookseller for a book on London, they would most likely have directed you to the tourist guides, but this is far from the case now.

“It could say something about the country as a whole and the status of London that there are so many books about the city,” says Elborough. “I went up to Manchester a couple of months back – I was helping out on a tour of some Persian poets, just one of the strange jobs I do – and I went into the Waterstones on Deansgate and they had a London section.

“I don’t think in the past that would have been the case.

“It could be because the country has become a bit lopsided in that way. Historically, that argument has always been made. London was ‘The Great Wen.’”

A London Year is reassuringly bulky.

Like the city itself, there is a lot in it.

Elborough compiled the doorstopper together with Nick Rennison, author of The Book of Lists: London, whom Elborough describes as “an absolute triviahead” and “a collector of London facts”.

Self-effacing and sharply dressed, Elborough, 42, found his way into authordom via bookshops.

After what he describes as a “wayward education” and a spell working for the inland revenue, he wound up studying philosophy in Birmingham, before getting a job in a branch of Waterstones in the city. He later transferred to the Islington branch in around 1996 and moved to De Beauvoir.

“It almost felt like a postgraduate education in that shop because there were lots of budding artists and writers,” he says. “It was a lively time.”

He did bits and pieces of writing including reviews of paperbacks for the Sunday Times before going full-time as a freelance writer and authoring his first book, on the philosopher Friedrich Nietzsche.

He says his interest in London stems partly from the juxtapositions for which it is so famous.

“When I used to live in De Beauvoir there was this old horse trough outside the building, and then just up the road you’ve got the tower block where jungle music is being blasted out,” he says.

“The way London tilts also interests me, and some of the changes we’ve seen in this area, with the Olympic Park and more and more people moving east. It is a subject that is endlessly fascinating because you can work on different layers of it.”

← ‘Hackney’s roads among most polluted in London’Borrowed Time – review →