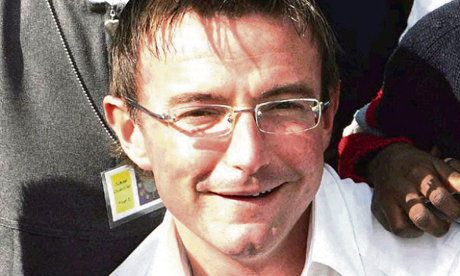 A petition backing suspended ‘superhead’ Greg Wallace has been launched by parents who want him reinstated.

It emerged in July that Mr Wallace had been suspended amid claims about the awarding of an IT contract.

The petition, which was hand delivered to the Department for Education today, calls for his reinstatement as Executive Principal of the Best Start Federation, which comprises London Fields, Woodberry Down, Burbage, Mandeville and Whitmore Schools.

Tara Byrne, a parent of a child at Woodberry Down primary school, said hundreds of people – including some teachers – supported the campaign.

She added: “Hackney Council and Michael Gove need to do the right thing by the parents and children at Best Start schools and reinstate Greg Wallace. He’s been a fantastic headteacher who has driven up standards for children.

“The fact that so many parents and staff have signed a petition in such a short time shows the strength of support for Greg. Now the politicians need to listen to parents and save Greg and our children’s education.”

Local authorities have a statutory duty to investigate allegations made against headteachers in local schools.

A Hackney Council spokesperson said they could not comment on the case while the investigation is ongoing.

The Hackney Citizen has made efforts to speak to Mr Wallace to hear his side of the story but has been unable to reach him.