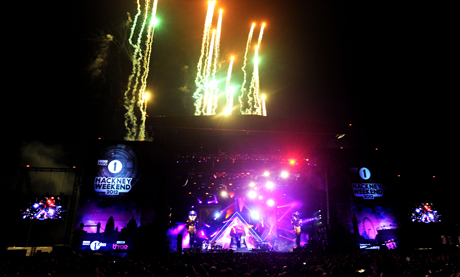 Campaigners say they are “delighted” by the decision but have called on the council to commit to keeping the Marshes free from commercial use forever after the Town Hall suggested it may consider applying to hold music events there again in future.

A BBC Radio 1 gig held on the Marshes last year sparked a storm of controversy, and earlier this month the Hackney Citizen reported on a strongly-worded letter from Sport England complaining about the detrimental impact such events could have on the sporting legacy of the area.

Cllr Jonathan McShane, cabinet member for health, social care and culture, said: “We realise that by proposing blanket permission for a number of events across the summer, we caused great concern as the nature of any event would be unknown.

“We also appreciate that the proposed number of major events was too high for many people.

“We still feel that some events on the Marshes could be appropriate in the future but we would approach this in a different way.”

But he added: “In the current economic climate, with local government funding continuing to be significantly reduced, it is vital we find new ways of funding the £500,000 subsidy we currently provide to run the Marshes, maintain their high quality, and keep costs to users at a reasonable level.

“We feel strongly that this could include events on the Marshes in future – and we believe the fact 30,000 local people attended the BBC Radio 1 Hackney Weekend shows there is demand – but we will do our best to come to an agreement that takes into account the needs of all Marshes users and residents.”

Caroline Day from campaign group Save Lea Marshes said: “We are glad they have listened to people’s views and taken the right decision but they need to take that decision now for forever not say they are planning to do it again in future.”