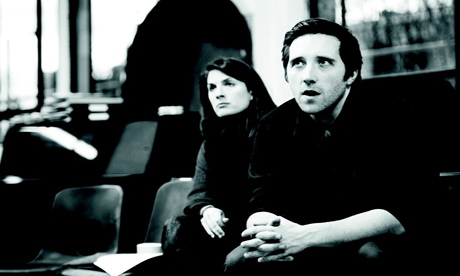 For their production of Moby Dick at the Arcola later this month, everything onstage will be made from reclaimed and reused materials.

Perhaps then it would not reasonable to assume their stage adaptation of Herman Melville’s novel would be a way of retelling his whaling story from a conservationist perspective. But this is not the case.

The show’s writer and director Sebastian Armesto spent some of his childhood living and growing up in New England and visiting the New Bedford Whaling Museum, where he “just really got into whaling”.

It led him to read the novel that provides an in-depth account of the historical whaling industry, the one he’d fallen in love with as a child.

He insists the production will be an authentic telling of an industry that battled the elements, collected oils for candles and lamps and in doing so provided “light to the world.”

Simple8’s ‘poor theatre’ ethos, focussing on the performances of the actors rather than on grand theatrical devices, will be embodied by the ensemble cast as they invent this world.

They will use sea-shanties to tell their story, one of them being a “really rare, prayer-like” song that was another catalyst for the production. Amresto heard the song a few years ago and believed it could make his production of Moby-Dick work. The entire cast sings it at the end of the performance.

Simple8 will be re-telling the protagonist Ishmael’s narrative and odyssey over the ocean by employing these shanties, using lanterns and conjuring the whale-hunts, storms and ship-wrecks with the set created and changed by the actors during the course of the play.

The epic nature of this story will be portrayed in Simple8’s most ambitious project to date.