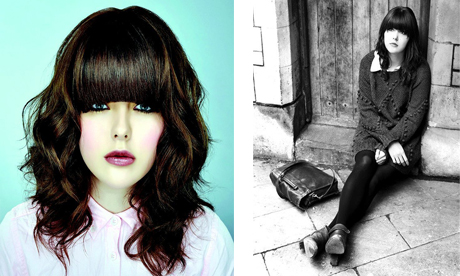 When Francis Underwood stares steadfastly into the camera in the American House of Cards, he wires the audience to his Machiavellian mind. The moment is hypnotic.

But this ‘aside’ is not the brainchild of the show’s director. In fact, it is a method used long ago to great effect by Shakespeare himself.

If Shakespeare’s dramatic techniques can be accessible on screen, why are people daunted when it comes to reading his plays?

With this in mind, a book club on Shoreditch Radio hopes to change all that. Classics Corner, hosted by Nicky van der Watt, celebrates books as much for their rude bits as for their literary status.

After leaving a podcast because “the books were a bit lowbrow”, Nicky created the show to give the classics some airtime.

The result is the antithesis to Richard and Judy’s line of book clubs. Shakespeare is more likely to be called the badass bard than an esteemed literary author.

“On the old podcast, I said let’s do stuff like Shakespeare, or Tolkein. They were like ‘No one will listen. That’s too highbrow. No one cares’,” Nicky explains.

Then, at community-based Shoreditch Radio, she found the open minds she needed. “I’m trying to prove to people that these books stuck around for a reason.

“They’re not just old fusty things that people put on a shelf that you should read.” Refreshingly, there’s not a ‘motif” or ‘symbol’ in sight.

“When debating Romeo and Juliet, one response was: “If I was Juliet and I woke up and saw he’d killed himself for me, I’d have said ‘oh God, what a wimp!’ “People disregard books because they think they’re not smart enough. We want to convince them this stuff is actually fun,” Nicky adds.

The show confronts the boring bits, too. “In Lady Chatterley’s Lover we were like: this bit’s really interesting, but then they whine on about the industrial revolution for about 80 pages and no one cares about that.”

As well as older novels, Classics Corner plans to tackle Margaret Atwood’s The Blind Assassin and Michael Chabon’s Wonder Boys. At one stage, Nicky recommends a vintage bookstall in Spitalfields, admitting the owner probably knows her as the ‘weird book girl’.

“Having said that,” she adds, “I’m probably known as that in most spheres of my life.” Perhaps if teachers were a bit more like this weird book girl, then paperback sales would leapfrog TV show ratings. Here’s hoping.