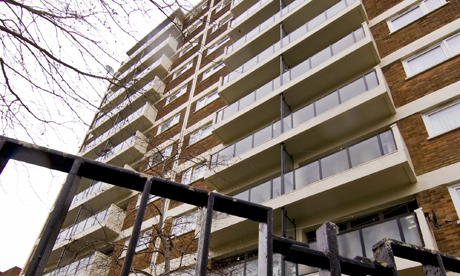 Nearly a third of all social housing in Hackney is below a decent standard, the Hackney Citizen can reveal, after the council missed its own target in December.

Hackney Council pledged to make all its housing ‘decent’ as defined by a government standard by 2012, but has fallen short by almost 30 per cent.

The Decent Homes programme was introduced by the government in 2000 to ensure all social housing meets a minimum standard. It defines a decent home as being warm and in a reasonable state of repair, with fairly modern facilities and services, such as a toilet and kitchen.

The council promised that all its housing would meet the decent homes standard by 2012 in a housing report published in 2010.

When asked why the target was missed, a spokesperson for Hackney Council said: “The 2012 target assumed that the credit funding stream, which commenced in 2008, would continue to 2012.

“In 2010 the new government changed the rules. A competitive bidding regime was introduced, open to any local authority or ALMO [arm’s length management organisation] with more than 10 per cent of its stock non-decent.

“The council is proposing to allocate £10m of its own capital resources in 2013/14 to top up the backlog funding.”

Conservative councillor Linda Kelly said: “In my opinion it’s always easier to blame other people when you don’t meet your targets. There’s always an excuse and someone to blame for their own inefficiency.”

Speaking to the Hackney Citizen, Cllr Kelly also criticised the quality of social housing in Hackney. She said: “I think it’s pretty poor. They’re building rabbit hutches with no consideration for room size. When you can barely swing cats in these houses how are you supposed to raise a family?”

She added: “It’s building for building’s sake. You build as fast as you can to shove people in.

“It’s a roof over your head, but you may as well live in a box.”