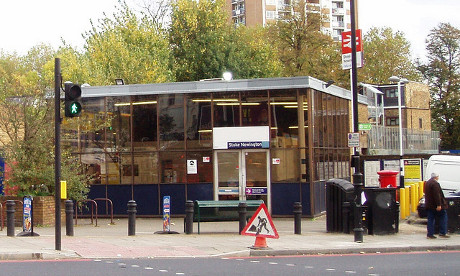 A group of Stoke Newington residents has brought a deputation to Hackney Council protesting against the local authority’s recent measures to introduce a Controlled Parking Zone (CPZ) in their neighbourhood.

The proposed CPZ ‘R’ zone, which would cover several roads in and around the Rectory Road area, would require residents to pay up to £109 per year to park their cars between 7.00am and 7.00pm from Monday to Saturday.

The zone was the subject of two recent consultations. In the first, carried out in March 2012, only 37 per cent of respondents supported the plans.

The council then held another consultation in July 2012 on a reduced version of the zone which garnered the support of 60 of the 104 who responded (58 per cent).

A campaign group ‘R Zone against the CPZ’ has formed to oppose the zone.

The group objects to several aspects of the consultation process, including the amount of time allowed for responses, the omission of the costs of the project from the consultation documents, as well as how inaccurate information about parking times for the zone was printed in Hackney Today, the council’s fortnightly freesheet.

To express their views, the residents brought a deputation to the 30 January meeting of the council, stating:

“This deputation aims to express the dissatisfaction of a large number of residents of Hackney Downs ward with the inadequate and unsatisfactory consultation recently undertaken on the proposed CPZ ‘R’ zone in our neighbourhood.

“We believe this consultation was unbalanced and failed to meet Department for Transport requirements in a number of ways – most significantly by failing to disclose the proposed costs and hours of operation to residents. We would like to see a fresh consultation process run in accordance with the DfT’s ‘Sedley Test’ principles.

“We believe this would give the council more representative information about local opinion.”

At the council meeting, cabinet member Cllr Feyral Demirci acknowledged the concerns of the residents bringing the deputation but defended the Town Hall’s position.

A council spokesperson said: “Implementing parking within an area is always a difficult decision, even in an area around Rectory Road where parking stress is high, local resident and business support can be both for and against the introduction of controls.

“A large area of residents are directly affected by parking and support the introduction of controls and we have an obligation to address this as well as not introducing controls where patently the local community do not want them. At present the council is considering the way forward.”