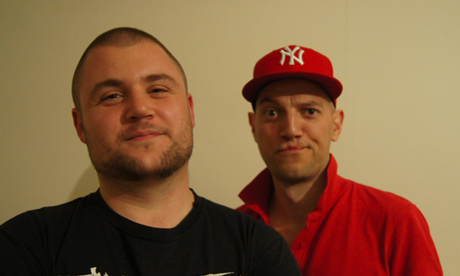 For some people, setting up their own publishing company would be a long-awaited dream, but for Gary Budden and Kit Caless it was just one step on the way to get people talking about Hackney.

Influx Press was born out of necessity when the two editors set out to publish Acquired for Development By…an anthology of stories, poems, and articles that they had commissioned about the borough in 2010.

“I had never thought about setting up a press,” Budden explains, “but after an internship at Richmond Literary Festival working with people like David Starkey and Quentin Letts, I realised I wanted to do something different to the mainstream.”

Budden and Caless edited the anthology over the course of a year, during which period both worked full-time – Caless as the bar manager of the Duke of Wellington, and Budden as an English tutor.

As they narrowed down the final 25 authors and edited the manuscript, they began to realise they didn’t know how to get the finished product on page. They started to ask other small publishers such as Penned in the Margins and Five Leaves for advice.

“People offered to publish it for us,” Caless explains, “but we’d been working on it a year. It felt too precious to give up.”

In order to print the book they were passionate about, they needed to raise the cash for a print run themselves. To their surprise, two anonymous Hackney residents fronted them with £1,500, enough cash to print 500 paperback copies.

Tom Chivers, who runs the Tower Hamlets-based indie press Penned in the Margins, found them a printer for the book and taught them the more prosaic lessons of the business, like how to get an ISBN number and how to use the books database Nielsen. Neither of the editors paid themselves for their work.

Acquired for Development By… came out in April, and the anthology was in great enough demand to print another run after two months. The success of the anthology has even gone as far as to fund the pair’s second publication, Life in Transit by the Homerton-based poet Sam Berkson, and both the anonymous investors have been paid back in full.

The editors put much of their success down to local support and generosity. Every writer who featured in the anthology, many of whom are East Londoners, did it for nothing.

Local bookshops such as Pages of Hackney helped to sell out the first print run, Stoke Newington Literary Festival promoted the book and local radio station Resonance also featured a series of six interviews and readings with contributors that Caless, a show host on NTS, presented.

So with another book in the pipeline for Influx, and another anthology after that, the generosity of the two anonymous donors could prove to be the keystone in the building of a local success story.

For more go to Influx Press.