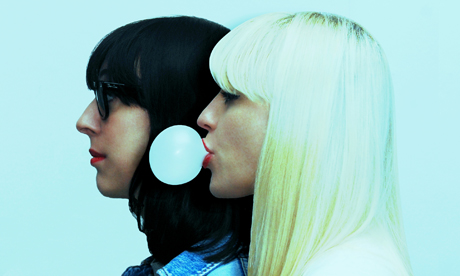 Atomica is showcasing a range of underexposed contemporary art, filling its walls with a blend of pop-surrealism, illustration, modern folk and tattoo artistry among other styles.

Best friends Holly Lander and Orla Bennett are the brains behind the project, which brings the work of lesser known artists and illustrators from around the world to the attention of East London’s gallery goers during the Christmas period. Festivities planned for the gallery’s month-long tenure include screenings, live music and fashion events.

The gallery’s busy opening on 4 December was a success, with many pieces sold. Holly Lander insists the enthusiastic response has continued.

She says: “Especially in the evenings, people who are milling around after work are coming in and buying stuff. It’s been really good.”

Some of the work on show includes digital paintings by Tom Bagshaw whose stunningly realistic portraits of anti-heroines set in dreamy, fantastical worlds have earned him international acclaim.

There’s also work from Hackney-based artists, such as the painter Sophie Alba and the goldsmith Castro Smith, who will be exhibiting alongside other emerging British and international talent.

Lander says many of those attending “may know some of the artists, or they’ll come and know one person but not others … so it’s really good to get people in and expose them to other artists as well.”

The gallery shop will be catering for the last minute Christmas rush with a stock of signed limited edition prints, hand-made ceramics and a range of Polynesian-pop collectables, including CheekyTiki mugs.

Lander adds: “People are coming up to us every day and saying ‘we really like it, it’s amazing and we’ve never seen some of this stuff before’, so it’s been a really positive reaction, which is what we hoped for.”

With a wealth of experience in PR and working for galleries internationally, Bennett and Lander came up with the idea of organising their own show to give some of their favourite artists and purveyors of what they call ‘lowbrow weirdness’ some attention from the art world crowd.

Orla Bennett explains: “We talked about the idea drunkenly one night, saying we should just do it, and the idea just snowballed from there.”

The pair are already planning to move the gallery to a permanent home in Hackney by the end of January. Their aim is for it to become a full-time shop where they can then hold exhibitions by top international and UK artists as well as hosting events such as screenings, live music and launch parties.

“We both live in Hackney and it was our plan from the beginning [to base the gallery there],” says Lander.

“… you do get a lot of exposure because a lot of people come to Shoreditch – especially for art … Hackney is growing and growing and there are a few galleries there at the moment.”

With John Waters and pop-surrealism as the pair’s shared obsessions, Bennett describes their ambitions as simply wanting to attract and inspire other people with similar artistic tastes, adding:

“We just felt like what we’re trying to do is a bit different from the other art galleries that are out there at the moment.”