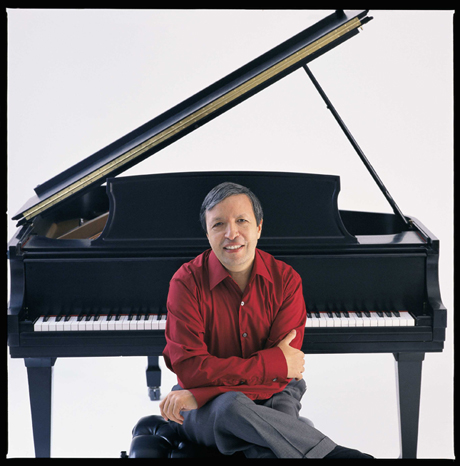 Perahia’s solo recital was the penultimate event in the Barbican’s triumphant Great Performers series, and the audience were treated to a resounding reminder of why the pianist, whose career was launched on these shores when he won the Leeds International Piano Competition in 1972, deserves to be incorporated under that heading.

Beginning the evening with the famously amorous tableau that kicks off Beethoven’s ‘Sonata quasi una fantasia’, Perahia revived the originality of a piece which has become the most tired of clichés. Rather than rattle off a staid encomium to the German composer, he refreshed the innovative aspects of the sonata, and in enthralling fashion, emphasised the explosiveness of the dramatic final movement which forever changed the landscape for composers working with the form.

Perahia has cited his preoccupation with ‘trying to understand the secrets of tonality’ and thus his preference for the Classical and Romantic repertoire above modern masterpieces – an artistic choice echoed by the programme for this recital. Encompassing the great and the good of piano composition, including Schumann, Schubert and Chopin, the upbeat works on offer played to his strengths as a ‘behind-the-scenes’ interpreter of the forefathers of the discipline.

The festive Faschingsschwank aus Wein, written in Vienna in 1838 during the period in which Schumann was concentrating on populist pieces in an attempt to boost his income, was as crowd-pleasing as its composer intended. Perahia provided a strong case for this lesser known work to be awarded a higher profile, with its mesmerising melange of exuberance and impudence.

Schubert’s Sonata in A major (D664), composed in a more remote part of Austria some 19 years prior to Schumann’s work, presented the Schubertian soul in one of its most unaffected incarnations; the thrilling themes of the closing allegro leaping off the keyboard like the eponymous ‘Trout’ in the famous Quintet with which it shares a key.

The four Chopin pieces, so exciting on the score sheet, may have failed to live up to the rapturous excitement of the Schumann and Beethoven, but nonetheless provided an excellent showcase of Perahia’s variation; the tenderness of the Mazurka in C sharp minor contrasting well with the exhilaration of the Scherzo No.1 in B minor.

For a performer who has nothing left to prove, Perahia’s approach to the most mainstream of compositions was admirable in its vim and vigour, ingredients that are so often lacking in those with half his stature. There is so much to cherish in this distinguished virtuoso’s already enormous inventory, and when he returns to the Barbican for some more performances in 2013, we are sure to once again be hanging on every note.

The last of the Great Performers concerts is on Sunday 17 June, and features Sir Simon Rattle conducting the Vienna Philharmonic through symphonies by Brahms and Schumann, as well as six orchestral pieces by Webern.